Nepal is diverse in culture and tradition and natural beauty as well. These cultural monuments and the natural diversity are very rare in the world. So keeping in regard to their importance, there are ten places in Nepal which have been declared as World Heritage Sites. In the list of ten, eight of them are cultural heritages, and two of them are natural heritage. Let us look to those heritages and their value.

Kathmandu Durbar Square, also known as Basantapur Darbar Kshetra is the site of Hanuman Dhoka Palace Complex. The Durbar Square was the royal Nepalese residence until the 19th century and the important ceremonies like the coronation of Nepalese monarch used to take place there. In Kathmandu Durbar Square, there are palaces of Malla and Shah Kings who used to rule the city. Along with the palaces, there are square surrounds quadrangles, revealing courtyard and temples as well. The palaces of this square are decorated with elaborated-carved wooden windows and panels. There is also the King Tribhuwan Memorial Museum and the Mahendra Museum.

Towards the southern end of the Durbar Square lies the Kumari Chowk. Kumari Chowk is one of the major attractions for tourists visiting this place. In Kumari Chowk, is the house where Kumari is kept. Kumari is a girl choose through an ancient and mystical process to become the human incarnation of the goddess Taleju.

In the earthquake of April 2015, several buildings got collapsed, and some of them has been restored in their original form. 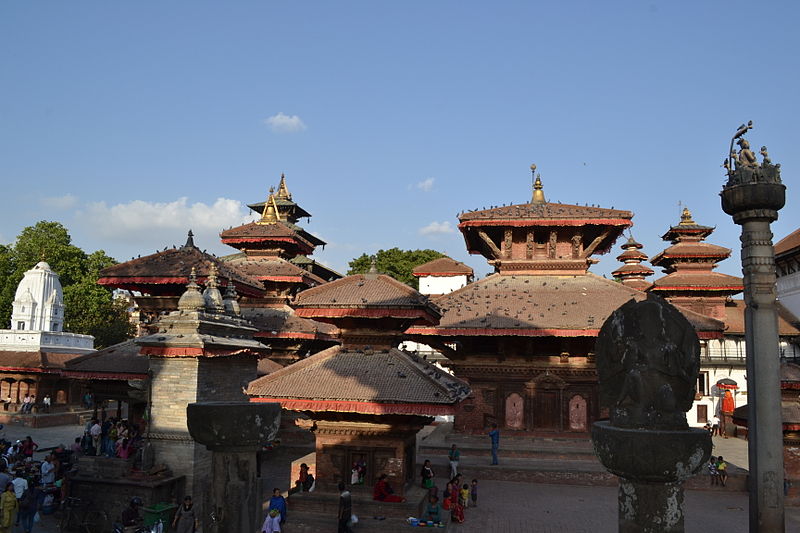 Patan Durbar Square is another durbar square out of three of them. It is located in the Patan of Lalitpur, one of the oldest known Buddhist cities. Patan is the center for both Hinduism as well as Buddhism with 136 courtyards and 55 major temples. And, most of those monuments are located on the periphery of Patan Durbar Square.

Regarding the history of Durbar Square, there is no clear data which shows who is to be credited for it. Although the Malla Kings of Lalitpur is a said to be the founder of Royal Square. The Malla Kings of Patan did make some of the important changes to the square. Out of the current architectures, most of them belong to 1600s, which were built during the region of King Siddhi Narsingh Malla and his son Srinivasa Sukriti Malla. Other Malla kings like Purandarasimha, Sivasimha Malla and Yoganarendra Malla also made a notable improvement to the square.

During the earthquake in April 2015, the square suffered heavy damage, and they have been in under construction. 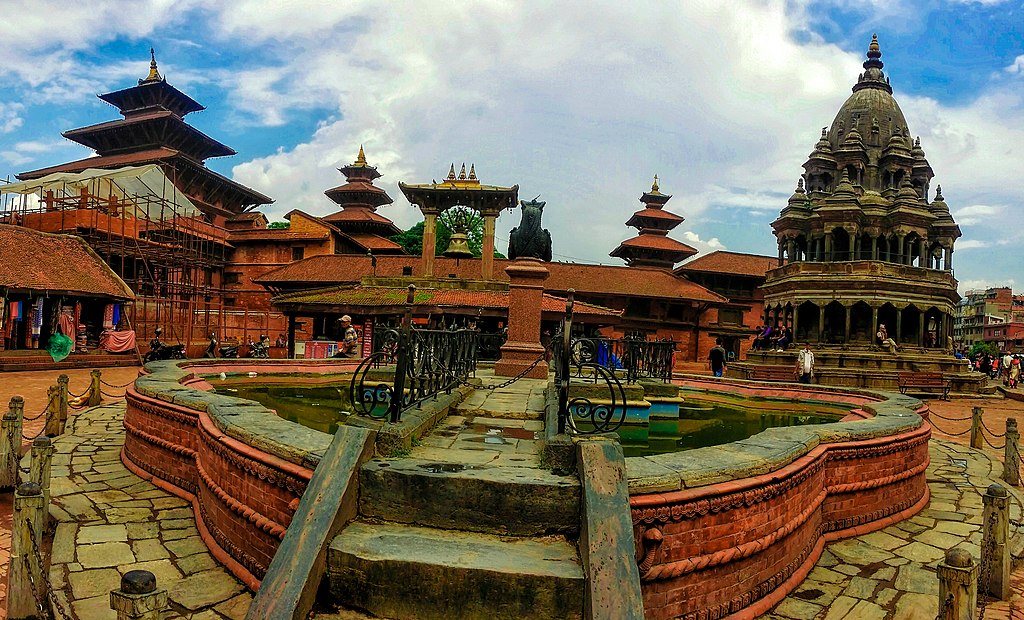 In Bhaktapur Durbar Square, there is 55-window palace constructed by King Jitamitra Malla, and it was home to royalty until 1769, and now, it is a national gallery. There are several temples and monuments in the square which contains spectacular architecture.

Bhaktapur Durbar Square also suffered major damage during the earthquake of April 2015. It damaged many buildings, and they have been under constriction since then. Looking back at the time, the square was also severely damaged in the earthquake of 1934, which ruined most of the monuments. Before 1934, there were 99 courtyards; now there is only 6. Also, there were three separates groups of temples. 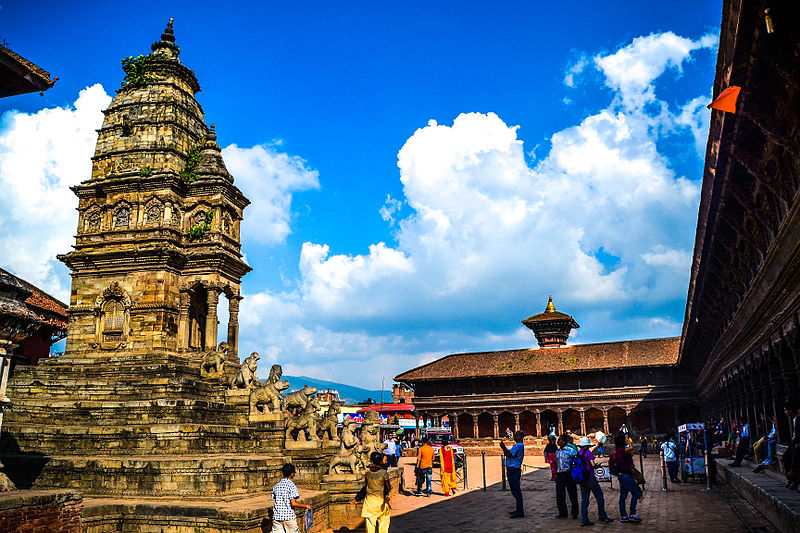 In the earthquake of April 2015, Boudhanath was badly damaged. The spire was severely craved, which resulted in the whole structure above the dome and the religious relics it contained to be removed. At present, the stupa has been restored in their original form.

Swayambhunath is located at the top hill of Kathmandu in the western part of the city. As per the mythology, the entire valley was once a lake where a lotus grew. Manjushri had a vision of the lotus and traveled there and seeing the valley can be a good settlement area, he cut the gorge which drained out all the water leaving the valley in which Kathmandu now lies. Later, the lotus transformed to a hill and flowers became the stupa.

Swayambhunath is also known as the “Monkey Temple” because monkeys overly populate it. 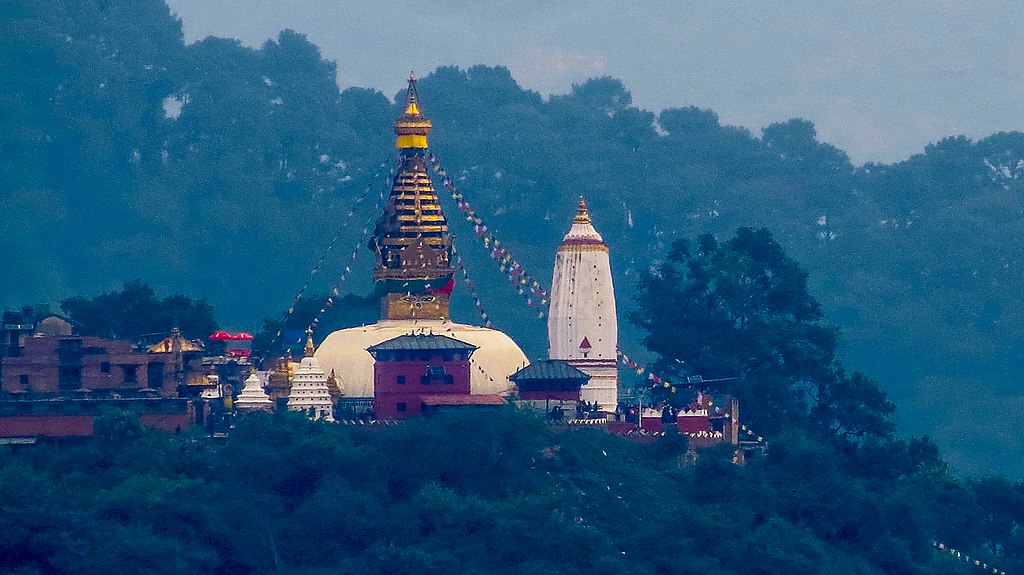 Lumbini is the birthplace of Gautam Buddha and thus the most sacred site for all the Buddhists. It is located in the Terai region of Nepal in about 300 kilometers of distance from Kathmandu. In Lumbini, there are many temples including the Mayadevi temple, monasteries, and museum, the Lumbini International Research Institute. Many of the monuments are under repair. There is also a holy pond, known as Puskarini, where Buddha’s mother took the ritual dip before his birth and where he had his first bath.

Also, the great emperor of India, Asoka built a pillar in Lumbini, which is famously known as the Ashoka Pillar. There are several temples which have been built by many countries including India, China, Myanmar, Thailand, and Canada. 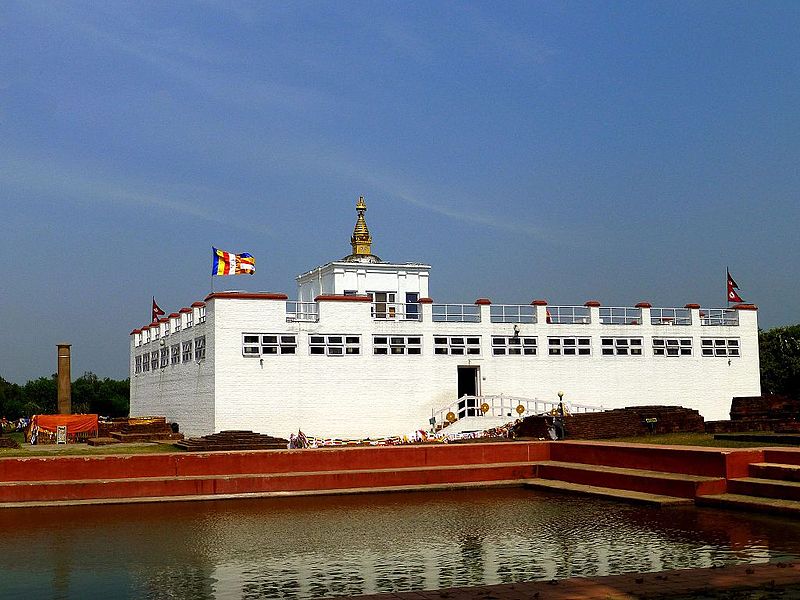 Pashupatinath is the most sacred and famous Hindu temple of Nepal. The whole is of Pashupatinath is spread in the area of 264 hectares, which includes 518 temples and monuments. The main pagoda temple is guarded by military forces. During the occasion of Shivaratri, the temples are visited by over one million devotees. 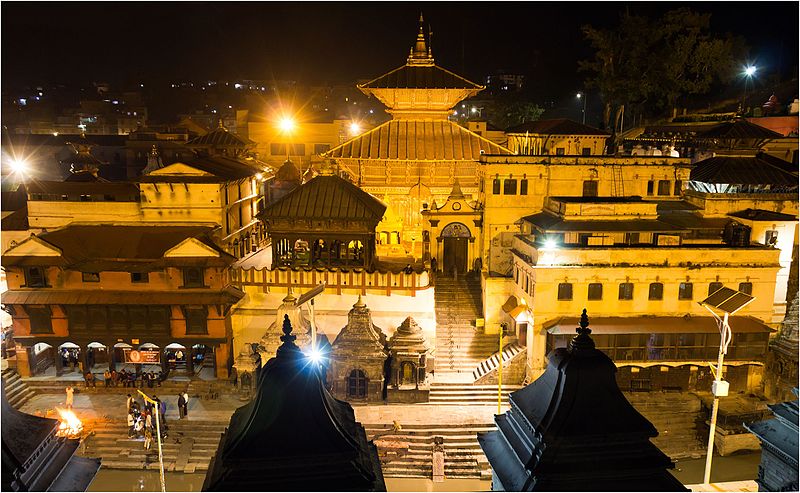 Changunarayan is at Bhaktapur in about 12 kilometers from Kathmandu and a few miles north of Bhaktapur. This temple is said to be the oldest temple in the history of Nepal. It is an ancient temple on a high hilltop that is known as Changu or Dolagiri. The temple of Changunarayan is surrounded by tree forest and a small village called Changu. It is dedicated to the Lord Vishnu and is of special importance to the Hindu people. 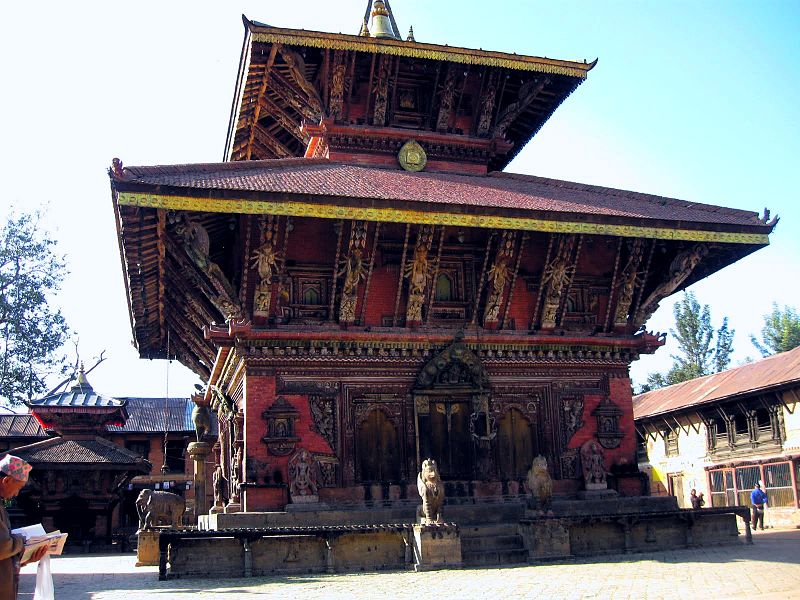 Established in 1973, Chitwan National Park is the first national park of Nepal. The park is located in the subtropical inner Terai lowlands of south-central Nepal and covers an area of 952.63 km2.

Chitwan National Park is very rich in biodiversity with some of the endangered and rare species of flora and fauna of the world. The park area is dominated by sal trees and Terai-Duar savanna and grasslands. The vegetation of parks includes some of the world’s tallest grasses. Talking about the wildlife in park there are about 700 species of wildlife, 68 species of mammals and about 600 species of birds. The butterfly, moth, and insects are not fully surveyed. 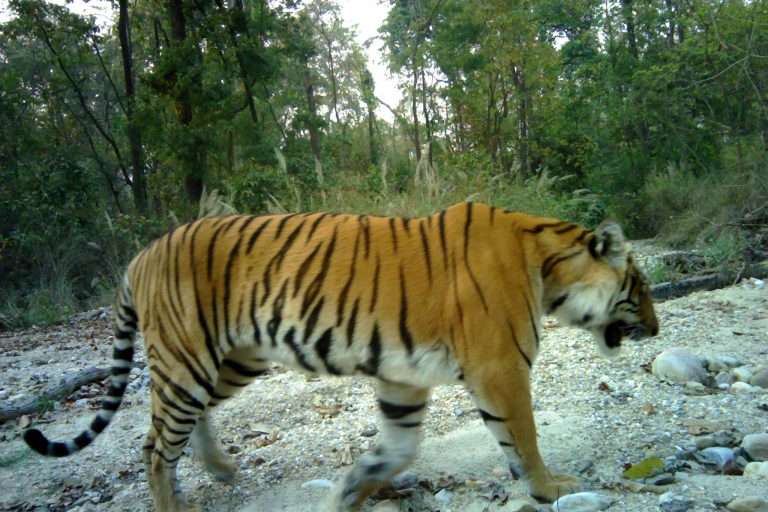 Sagarmatha National Park was established in 1976, and it is the first national park of Nepal that has been enlisted as a natural World Heritage Site. It is spread in the area of 1,148 km2 and ranges from 2,845 to 8,848 meters at the world’s tallest peak, Mount Everest. Sagarmatha National Park has been identified as an Important Bird Area by BirdLife International, and it is also included in the Sacred Himalayan Landscape.

In the lower zone of the park, the vegetation consists of birch, juniper, firs, bamboo, blue pines, and rhododendron. Above this zone is small sized shrubs. Then in higher altitude region vegetation is restricted to lichens and mosses. And, above the altitude of 5,750 meters, there is no plant life because it is the permanent snow line in the Himalayas. The park is also home to the rare species of mammals, which includes snow leopard, Himalayan black bear, red panda, musk deer, and Himalayan monkeys and so on. There are also 118 species of birds, which includes blood pheasant, red-billed chough, Himalayan Monal, and yellow-billed chough. As the altitude rises, the level of oxygen gest thinner and only those animals who have adapted themselves to that temperatures reside in those regions. Those animals have to think furs to retain body heat and some have short limbs to prevent the loss of body heat. 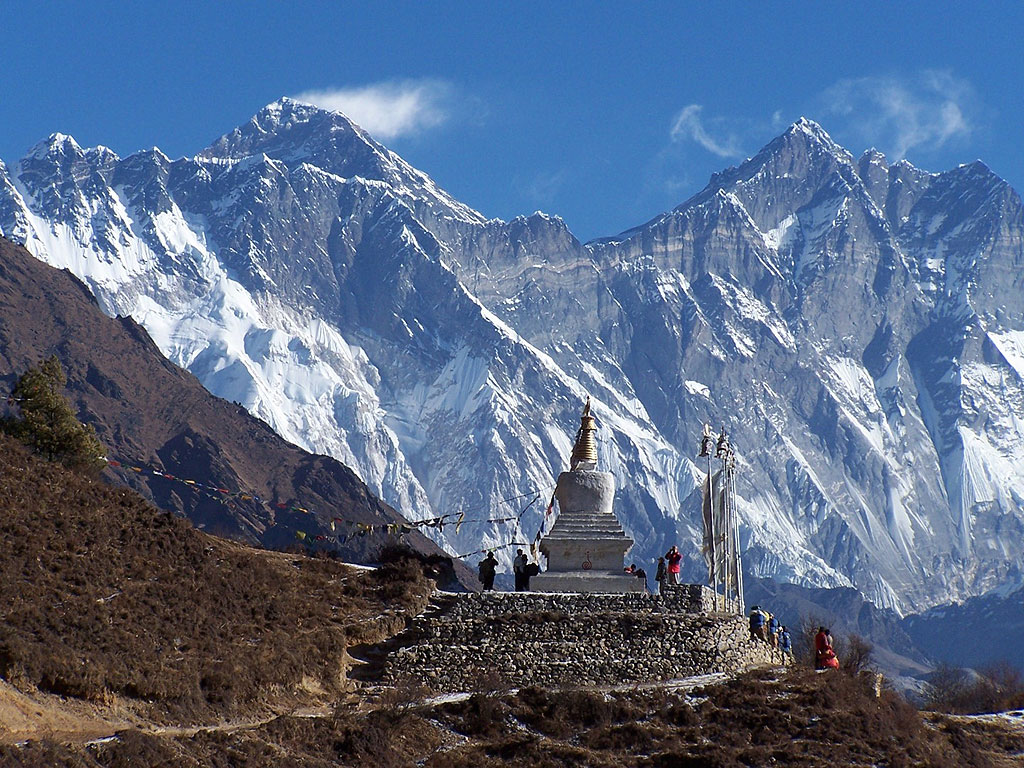 12 National Parks of Nepal you should know about
Helambu Circuit Trek: The Best Short Trek ever