Trekking is one of the best adventures you can experience during your visit to Nepal. As there are several mountains of different heights, there are all types of the trail from which you can choose as per your skill and experience in trekking. Nepal is the best trekking destination if you have the best skills in trekking. But, don’t worry for Nepal will not make you sad if you don’t have any experiences at all. There are several mountains below the height of 6,000 meters, where you can start your trek and gain the best experience. Everest Base Camp trek, Annapurna Circuit trek are some of the ultimate trekking destinations of the whole world.

However, if you are short in time or if you are new in trekking, there are many options you can choose. Helambu trek is one of the short treks which offer the best trekking experience just in the limited time frame.

Helambu is a region of highland villages located at a distance of about 80 kilometers northeast of Kathmandu. Helambu is also known as the home of the Hyolmo people. Hyolmos are the indigenous people of the Eastern Himalayan Region of Nepal, and they are the native residents of the Helambu region. The very name “Helambu” was also derived from the word Hyolmo. You can say that you have entered the Helambu region, once you reach Lauribina La pass and it descends to the Melamchi valley.

Helambu is very famous for the sweet apples and artistic Buddhist monasteries. Helambu is one of the Buddhist pilgrimage sites.

Helambu Circuit trek is one of the best short treks with all the best experience you can get in other major trekking destinations. One another plus point is: it is near to the Kathmandu. This trek is designed with the off beaten trail which will take you to the place of peace and tranquility. Helambu trek is popular for its amazing and beautiful natural beauty, a distinctive village with a unique culture and very favorable climatic conditions. The trek is an escape from the dust and crowd of the city to the classic Himalayan foothills with several ascents and descents.

As mentioned above, this trek is the escape from the city; you will get to discover the authentic and rural Nepal. You will pass through a dense and lush green forest and traditional village, most of them influenced by Buddhist culture and tradition. Furthermore, the trek adds the thrill with dramatic ridges, traditional villages inhabited by Tamang people, a colorful forest of rhododendron, oak, conifers and the beautiful cattle-grazing field.

Helambu Circuit trek is very accessible and takes about just a week. On your trek to the Helambu, you will climb on the Shivapuri ridge from where you will witness the breathtaking views of the central Himalayas. You will also pass through the Langtang National Park. The park is home to the many rare and endangered wildlife and plants, and luckily you might encounter some of them. Make sure you don’t disturb them by noise or any other means. After all, plants and animals are vital in green tourism. You will also walk past distinctive villages of Kutumsang, Chisapani, and Sermathang with the stunning panoramic views and the village of Melamchi Gaun and Tarkeghyang. Tarkeghyang is a Sherpa village inhabited by the farmers and yak herders. Although they fall in the same ethnic group as the Sherpas of the Khumbu region, their culture and tradition are very different. The distinctive Yolmo culture of the high mountain villages of Helambu will also leave you with great impressions.

Helambu Circuit trek will take you through the Shivapuri Nagarjun National Park which is inhabited by exotic wildlife life like leopards and wild boar, including 318 species of birds. You will also witness the spectacular view of the mountain peaks including Ganesh Himal Massif, Langtang Himal, and Rolwaling Range. As the Helambu circuit will offer you the best trail with all uniquely feature en route, this trek is very wise to go for. You will get to know and witness the Sherpa culture in a closer way which can only be encountered in the Everest region.

Helambu Circuit trek is a comfortable, enjoyable and accessible. You can have the best trekking experience in much less time without going to the higher altitude regions. 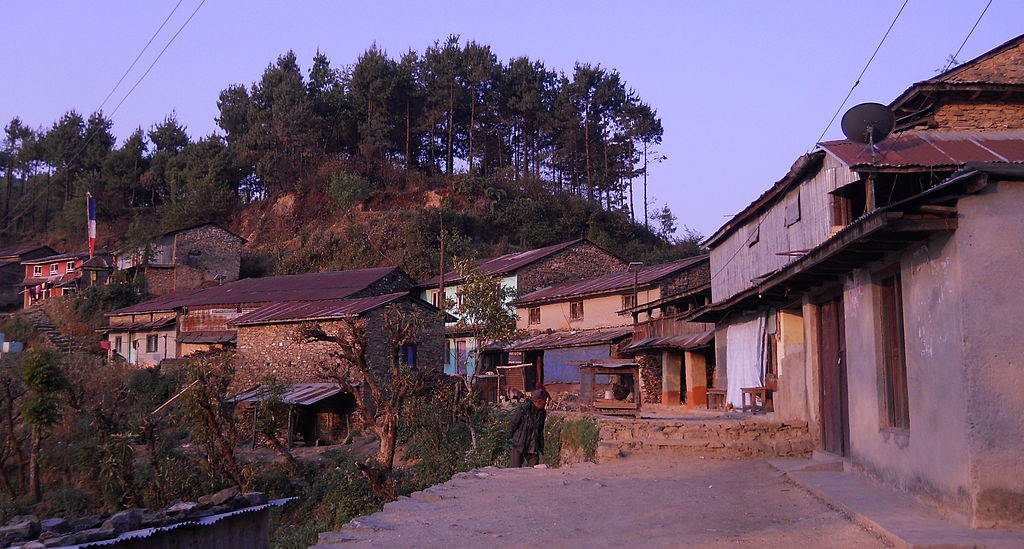 Way to the Helambu Circuit Trek

In Bhaktapur Durbar Square, there is 55-window palace constructed by King Jitamitra Malla, and it was home to royalty until 1769, and now, it is a national gallery. There are several temples and monuments in the square which contains spectacular architecture.

Bhaktapur Durbar Square also suffered major damage during the earthquake of April 2015. It damaged many buildings, and they have been under constriction since then. Looking back at the time, the square was also severely damaged in the earthquake of 1934, which ruined most of the monuments. Before 1934, there were 99 courtyards; now there is only 6. Also, there were three separates groups of temples.

Helambu Circuit trek is an eight day long trek, but it can be completed in 5-6 day. The trek starts from the Kathmandu itself. Since Dolma Ecotours is mainly concerned about maintaining the ecological balance, we highly recommend our trekkers to follow some basic measures to support sustainable and eco-tourism. These may be like carrying own water bottle and water purification system, maintain peace and discipline, etc. You will drive to Sundarijal which is located at an altitude of 1,350 meters. It will take you less than an hour to reach Sundarijal from the main city of Kathmandu. Sundarijal is a very prominent place of Kathmandu from where lies a massive water supply project which supplies most of the drinking water to the Kathmandu valley.

From Sundarijal the trail climbs through the forest, small water streams, and dams. After crossing the dam, the path leaves the water supply system and rises steeply to the road to the top of the Shivapuri ridge. Continuing the trail, you will walk up the hill and reach the village called Mulkharka (1896 meters), which is inhabited mostly by the Tamang people. You will continue climbing the green ecosystem of beautiful rhododendron and oaks. Then after passing Borlang Bhanjyang, the trail goes downhill to Chisapani (2,194 meters). You can see the several beautiful mountains from Chisapani. 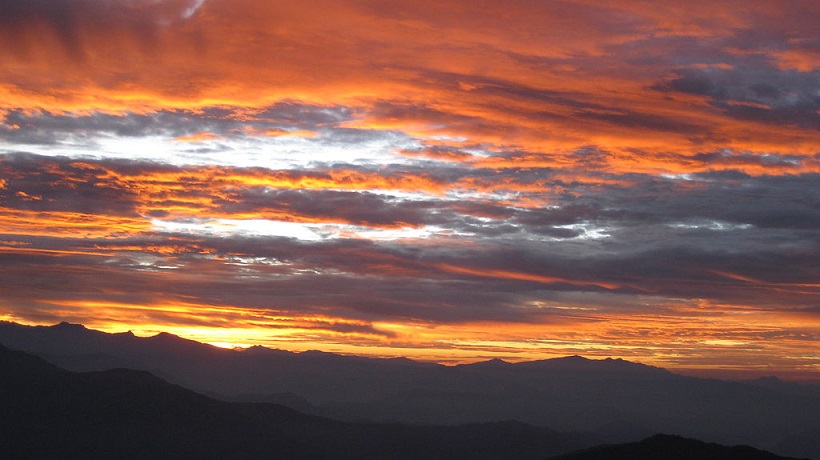 From Chisapani, you will trek towards Gul Bhanjyang. The trail continues to go downhill with some beautiful fields and meadows. You will also pass through excellent views of the mountains. Your trail will lead you to a village called Pathi Bhanjyang (1768 meters), a Brahman and Chhetri village. Then after some ascent comes Thakuni Bhanjyang. You will make a steep incline to Chipling and climb up on a stone staircase to the top of the Jhogin Danda ridge. You will get pass the views of mountains while descending through the forest of rhododendron. Then continuing the trek along the forested ridge and descending you will arrive at the Gul Bhanjyang, which is a Tamang village.

From Gul Bhanjyang, you will proceed to Tharepati. The trail climbs the ridge from the Gul Bhanjyang and then steadily rises through the beautiful oak forest with the stunning mountain views and the Helambu valley. You will continue to Yurin Danda ridge continuing through the steep trails, rhododendron forests, some ups and down, meadows and stream, you will arrive at Tharepati. From Tharepati you can witness the close view of the Gosaikunda Lake and the surrounding mountains. But it is all upon you to think about the environment. Make sure you do not disturb the natural ecosystem during your trek. After all, your one green step can enhance the sustainability of tourism in the area. 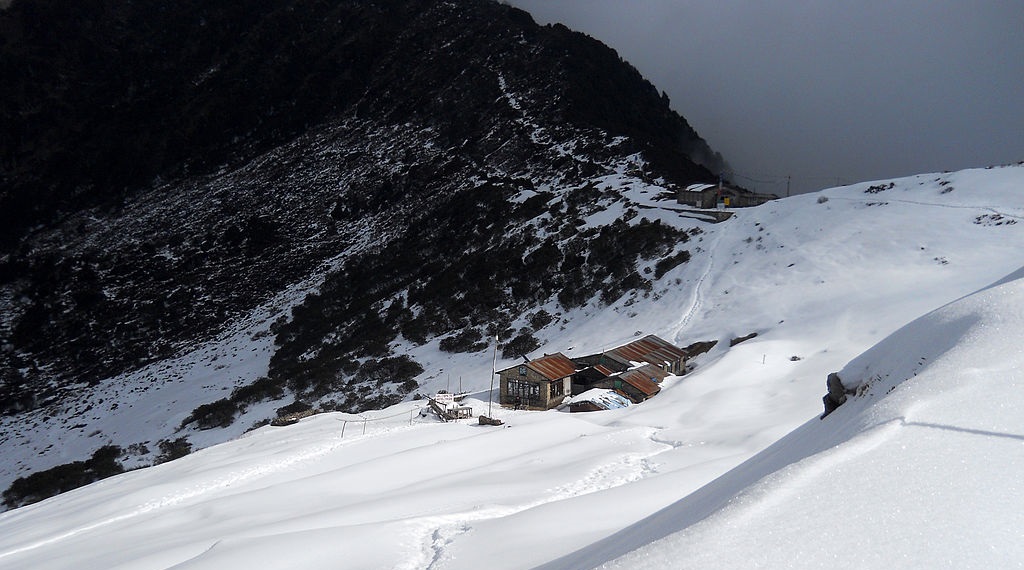 After Tharepati comes Melamchi. From Tharepati the trail drops rapidly down the ridge, and you will walk past the forest of rhododendron and pine along with the view of the Helambu valley. You will also see the Jugal Himal and Numbur. You will walk through the forest while descending towards the river of Melamchi followed by Melamchi Gaun. The Sherpa people mostly inhabit Melamchi Gaun. Then you will continue your trek to Tarkeghyang. The trail drops from Melamchi Gaun, and you will walk into the forest and pass the series of large chortens.  You will also walk past old settlement areas of Sherpas and monasteries. Then comes the Tarkeghyang where the houses are tightly packed leaving very small space between them. You will also encounter a Gompa in Tarkeghyang which dates back to the 18


From Tarkeghyang to Sermathang, the trail is quite easy with the flatlands with delight forests around. You will come across a small forest with a view of a village in the Helambu region. Then after passing some villages, you will arrive at Sermathang. Sermathang is a Sherpa village with several ancient monasteries which are the other attractions of the place. Do study the culture of the Sherpa people but make sure you do not hamper their sustainability by any means like polluting the environment or any other. You will view the Ganesh Himal, Langtang, Jugal Himal, Gosaikunda, Rolwaling and some glimpse of the Mount Everest too. Now, from Sermathang you will descend to Melamchi Bazaar. You will walk past the Bridge of Melamchi River through meadows and cultivated fields. Continuing your descending, you will arrive at the Melamchi Bazaar, from where you can easily find the transportation to reach back to Kathmandu.

10 UNESCO World Heritage Sites in Nepal you must Visit
Lumbini, Nepal: Where Lord Buddha was Born