Home » Trekking » 10 Adventurous Things to do in Nepal

If you are thinking of doing something adventurous, which is equally exhilarating and breathtaking, then Nepal is the very right country for you. With the mention of Nepal, you must know that Nepal is a country of the Himalayas. But that is not all, Nepal is a country where there is peaked snow mountains, breathtaking landscapes, diversified culture, rich in biodiversity and many more than words can ever tell you.

Nepal is one of the best destinations for rock climbing, trekking, and several other thrilling experiences. So today, let me guide you with some of such adventures which you must do once you have landed in Nepal. 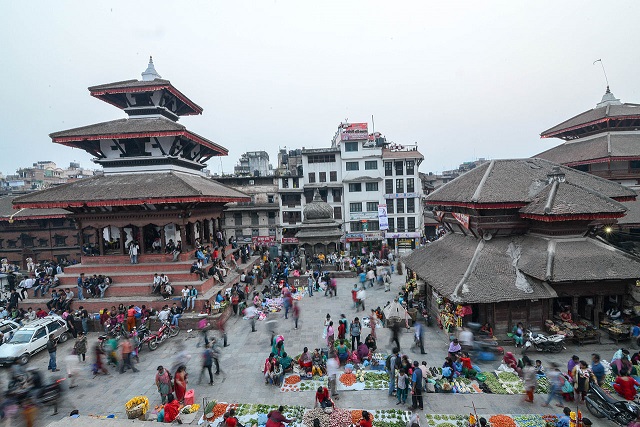 Bungee Jumping one of such heart-stopping adventure, which is a must do, and Nepal’s Bungee Jump will give you the ultimate thrill. Bungee jump in Bhotekoshi is said to be one of the best freefall in the world. To reach the destination, you have to take around the three-hour bus ride from Kathmandu via Arniko Highway.

However, if you have any health issues relating, high blood pressure, heart disease, alcohol or drug addiction, pregnancy, psychological/neurological/orthopedic problems or epilepsy, then it is unsafe to do Bunjee Jump. 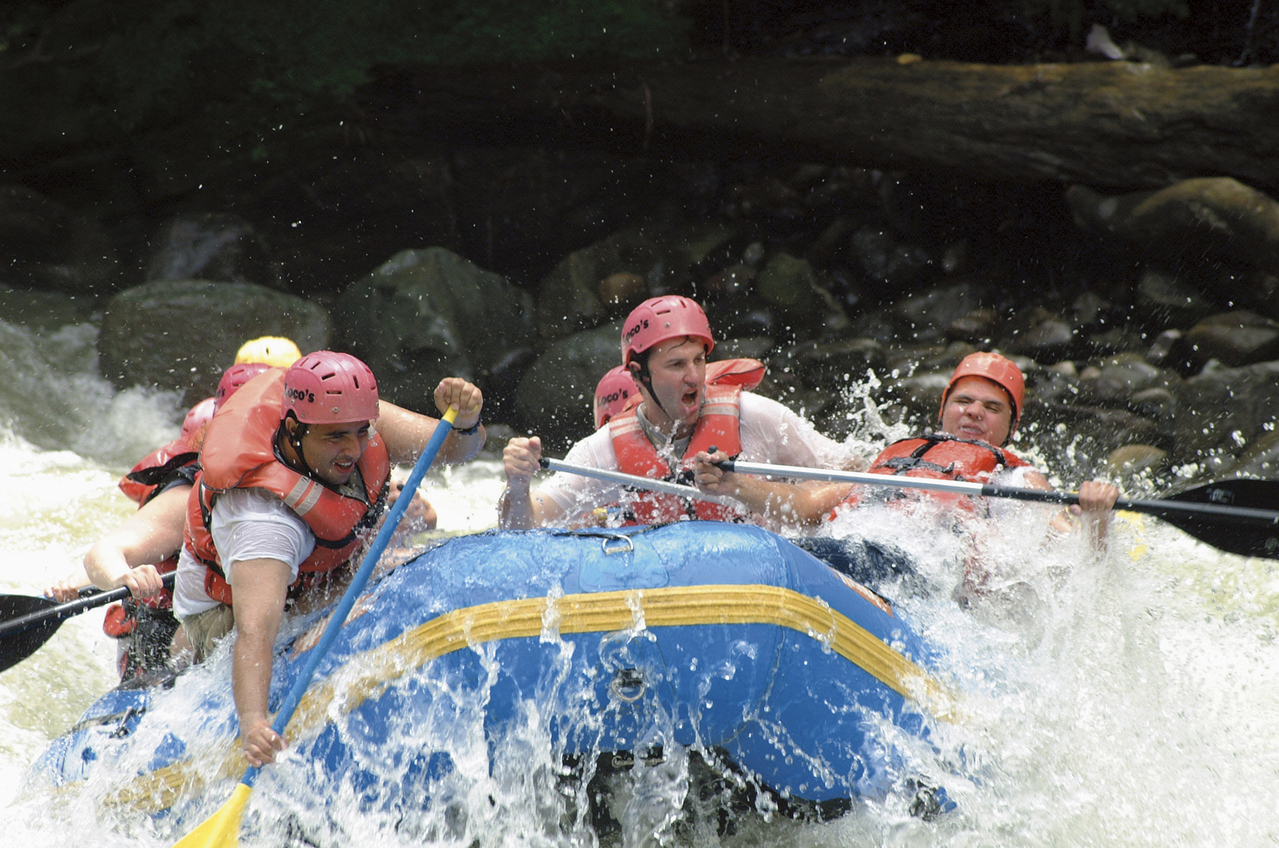 Nepal is home to thousands of small and big rivers flowing directly from the Himalayas. These rivers are wild and beautiful, and you can have a spectacular view along the way. Unlike other rivers, they flow with an adventure in themselves, so the roaring water, the beautiful scenarios you witness, and the excitement you share among the fellow rafters will give you the ultimate experience of river rafting. The rivers in here have so many variations that you can choose as per your rafting skills and the level of fun you want to have. Some of the famous rivers rafting in Nepal are: 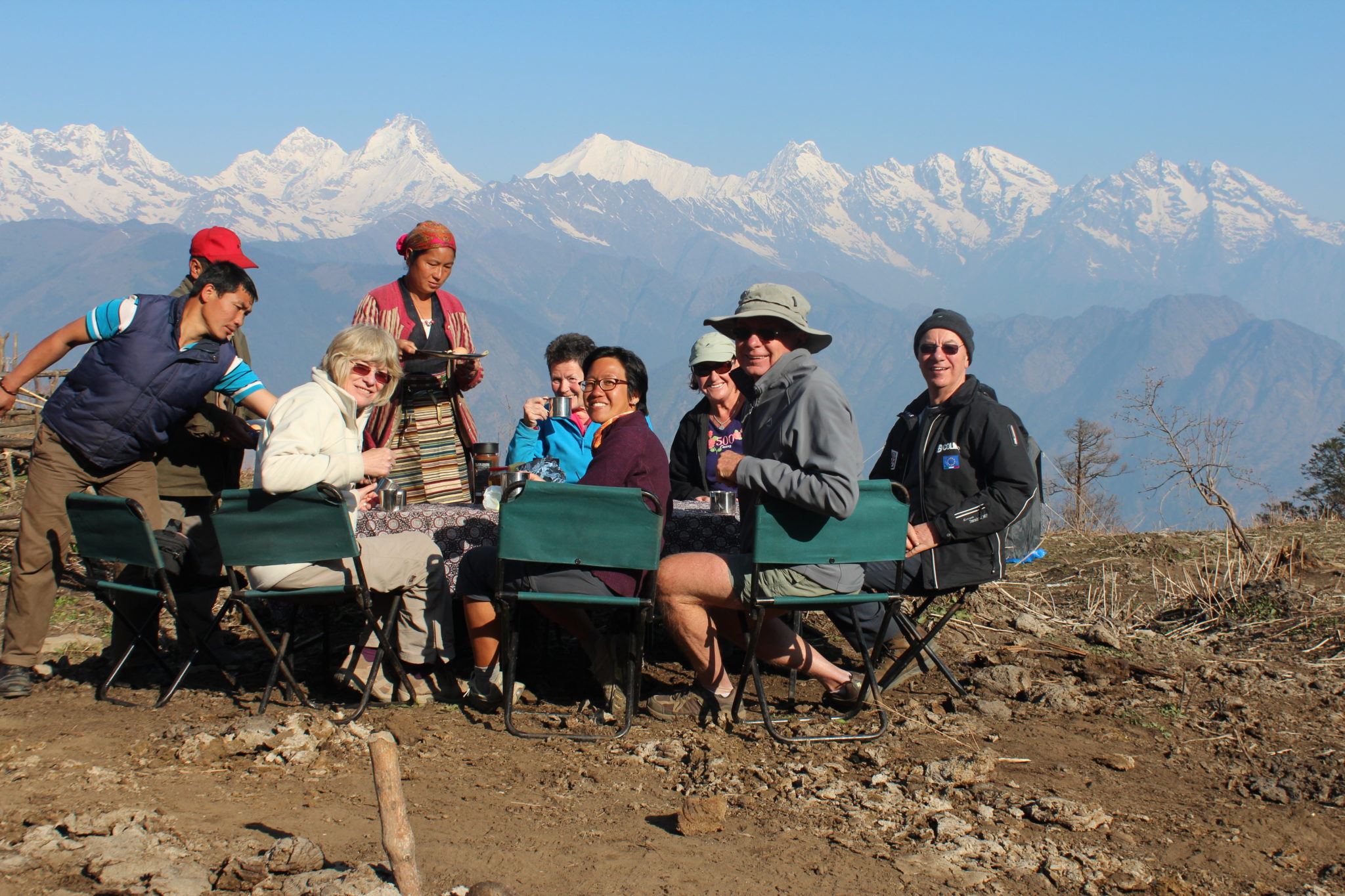 Nature has blessed Nepal with a beautiful gift of bio-diversity. Nepal is divided into three geographical regions, where the Himalayan range is full of Snow-capped mountains, the Mountainous region with all the beautiful waterfalls, landscapes and forests and Terai region with people of different culture. So Nepal is a full package. Terai is also rich in bio-diversity with wildlife, tropical jungles and flora, and fauna.

Nepal is home to several places where you can enjoy Jungle Safari. There are 9 National Parks, 3 Wildlife Reserves and 6 Conservation area. During the tour, you can enjoy canoe rides, walk around the jungles, witness the different wildlife’s and birds, a small tour around the local village so that you can experience more of their culture and traditions and many more.

Looking at the sky and watching those birds fly, most of us feel envious to that innocent little creature. But, if you are in Nepal, then you can fulfill that dream of yours. Of course, Nepal doesn’t have any such magic which grows a pair of wings on you, but that is way humans made paragliding for you.

Paragliding is such a most do things once you have arrived in Nepal. You can fly just like a bird, witnessing the aerial view of the beautiful Himalayas and the topography all from above. You will float in the air over the villages, jungles, and lakes facing the cold wind in your face. Isn’t it one hell of the adventure?

Paragliding entirely depends on the weather condition outside, so make sure you visit in the right season for this, which are September, October, November, February, and March. In Nepal, Pokhara is the central place for Paragliding; however, there are several other places where you can have this experience. Paragliding in Pokhara is one of the top 5 commercial paragliding locations in the world.

Canyoning is one of the must-do adventures in Nepal. With the majestic waterfall direct from the Himalayas and great rock slides, Canyoning in Nepal is one of the best. There are several places where you can experience this adventure. Canyoning can be done in Pokhara or Chitwan National Park. 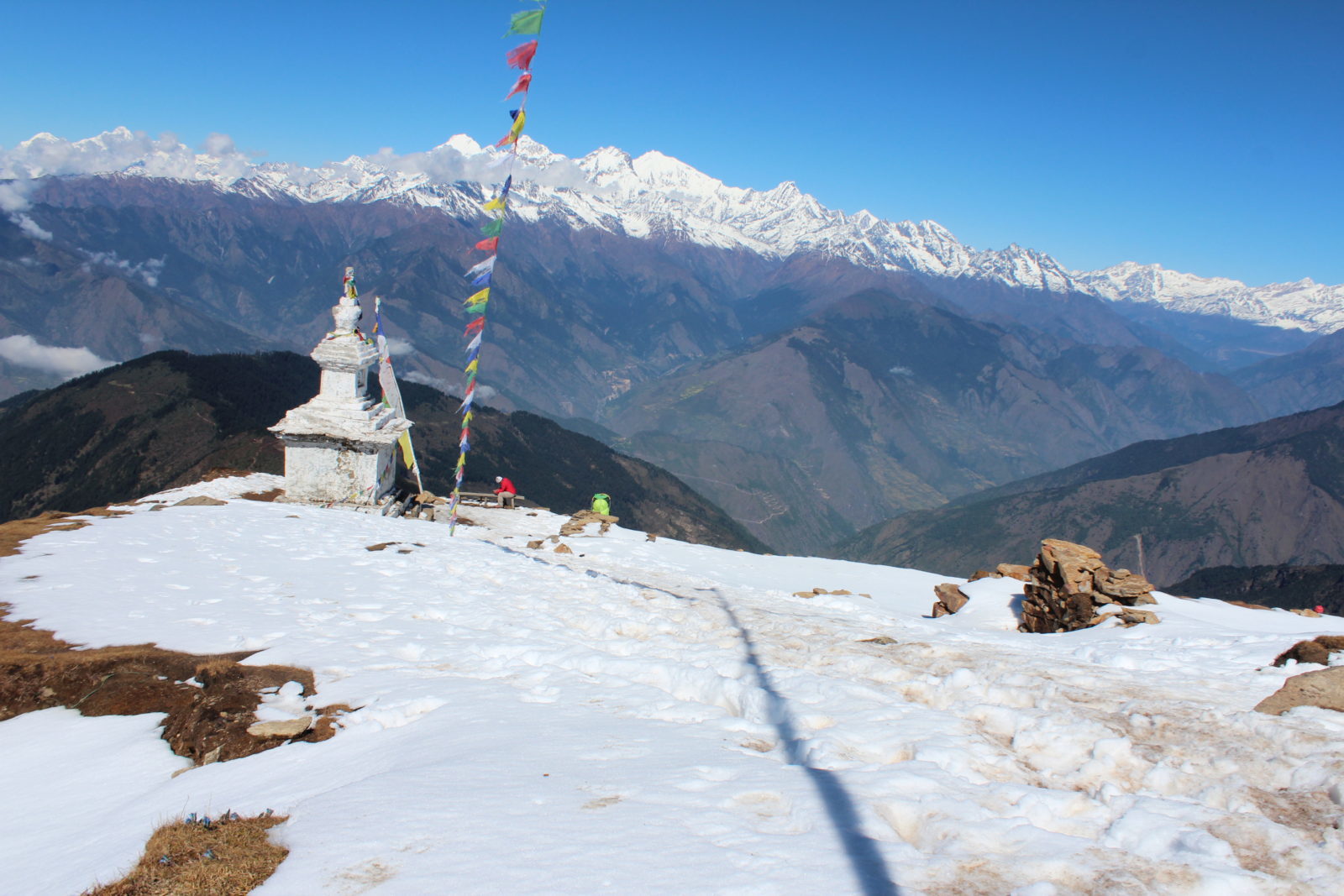 Everest Skydive is one of the most Elite Holiday Adventure in the world. However, if diving in front of the world’s highest mountain is a bit of too much for you, then you can do it from Pokhara.

Zip Flyer is one of the most loved adventures in Nepal. And you know what; Zip Flyer in Nepal is the steepest, fastest and longest zip line in the whole world. Zip Flyer isn’t exactly like flying, but the fun and excitement is all the same, while you will be gliding from the highest spot to the lower plain area.

Zip Flyer in Pokhara starts from the hill station, Sarangkot and ends at Hemmja, a beautiful city near Pokhara. It covers the total distance of 1860 meters, stating at an elevation of 1625 meters and ending up at 960 meters. Throughout your Zip Flying, you will witness some of the most magnificent views of the Annapurna range, Lamjung Himal, Dhaulagiri and an excellent landscape of the beautiful valley, Pokhara along with its beautiful lakes.

Rock Climbing in Nepal has become one of the exciting adventure sports in Nepal. It is very popular in Nepal, thanks to the great natural rocks and their excellent shapes. It is not as tricky as you think because there are some climbing sites where you can experience this adventure as per your skill. There are sites for beginners, intermediate and professional climbers. So grab your bags and run, life needs some adventures.

Nepal is small in area, but its geographical diversity is something to look up to. Among the top ten highest mountains in the world, eight of them fall in the area inside Nepal; this provides some of the best treks you can have in the whole world. There are many such places where you have to go by foot to enjoy its beauty. The magnificent Himalayas provide some of the best terrains for trekking.

In your way to your destination, you will feel breathless, tired, with no energy to move on, but believe me with your every step, the views and the scenarios you witness will make your breath away, and it will fill you with a thrust to thrive for more.

Some of the popular trekkings in Nepal are: 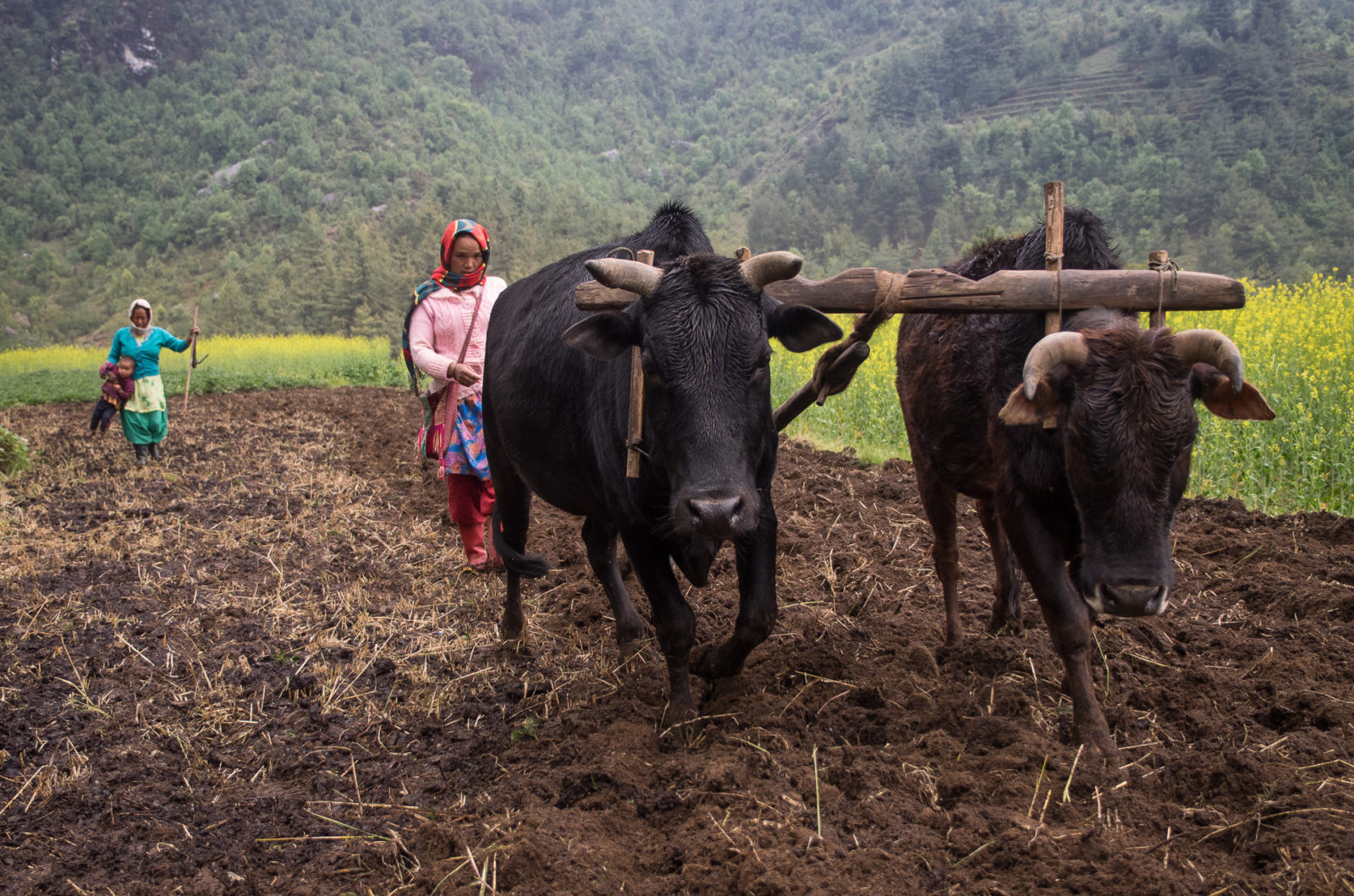 For those who want to have an adventure and some refreshment, then Mountain Biking is the right thing to do in Nepal. With its diversified structure, you can do biking on every trail, form graveled roads to rough and bumpy trails. You can enjoy riding the bike from the streets of Kathmandu to difficult terrains of Mustang.

Throughout your exploration on the bike, you will see the beautiful landscapes of the mountains standing so magnificently in the arms of the vast blue sky, you will see the life of locals, their unique lifestyle and traditions and several other big and small hills.