Everyone loves adventures. Every day we watch the thrilling and jaw-dropping adventurous act done by other people, but only a few of us would dare to venture such act or say be any near to it. People try and do new and unbelievable things every day, every hour, which are challenging at its peak. They jump off the plane or helicopter; they climb the tallest mountains without oxygen, they go off for voyage around the world with just a pair of their foot, well, these are just some tiny presentation of what I want to tell you.

All these things, all the effort the people make to come out with another accomplishment of adventure has become a “cliché.” It is certainly not a piece of cake; it takes beyond everything to do it than jabbering with the words. But, you have to admit, nowadays people come up will all sort of things to be on the internet and news. Before we used to get goosebumps and chills, watching those adventures in televisions, but it has become so regular these years.

And breaking down the mainstream, Sano Babu Sanuwar and Lakpa Tsheri Sherpa have done something really out of the world, which is not just unbelievable, but impossible as well. Let us look what did they do which thrilled the whole world. 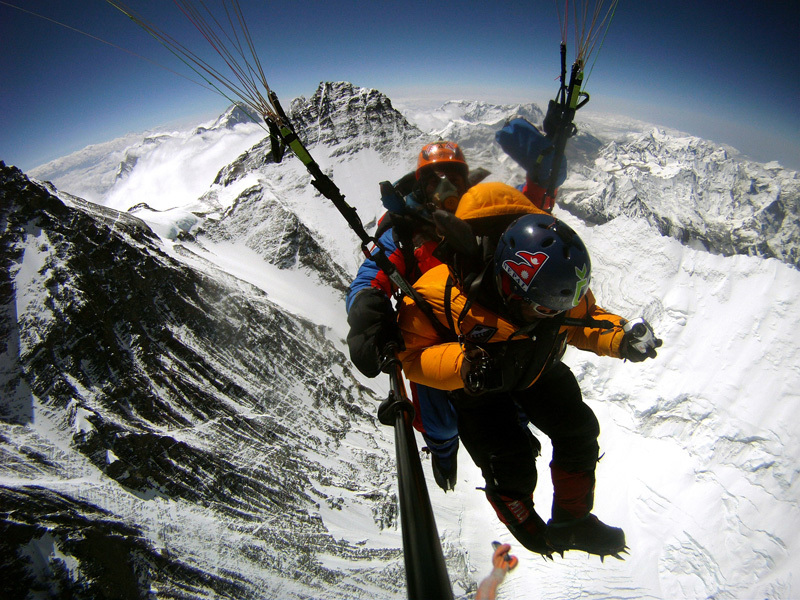 Sano Babu Sanuwar and Lakpa Tsheri Sherpa did something no one has ever done before. They climbed up to the world’s tallest point to the zero point in just one trip. Amazing!

Sanu Babu Sanuwar and Lakpa Tsheri Sherpa are the fearless adventurers of Nepal. Their accomplishment a few years back made them known to the whole world. Their stories were even covered in the international news channel. Sanu Babu Sanuwar accomplished by Lakpa Tsheri Sherpa climbed the tallest mountain in the world, Mount Everest, which stands in an elevation of 8,848 meters above. Climbing the world’s tallest mountain doesn’t come easy. It takes super expensive items and equipment like gears and jacket, you have to pay a big fat amount to the trekking accompanies, but this two fearless guys cared for nothing. They didn’t have any money nor any sponsors to fund this ultimate expedition. But, none of this things stopped them from doing what they wanted.

So, what they did was, they borrowed gear in April 2011, pointed out the basic plan about what they were going to do. Lakpa Tsheri Sherpa knew many locals in the Everest region and knew his way to the summit, so it was up to Lakpa to make sure they are headed up to the right path. Then, just like that, they began their expedition to the Mount Everest. With their passion and effort, they reach at the summit of Mount Everest at around 8 in the morning and on May 21, they became the third party to launch a paraglider from the Everest and set a new world record of 8,865 meters for free flight in the process. And while paragliding, both of them jumped off from the world’s highest point in a single parachute.

After paragliding down from the top, they landed on the nearest airstrip in Namche Bazaar, a charming small-town which is at a distance of 24 kilometers/15 miles from the mountain. But this was not it; they began hiking to one of the wildest rivers of Nepal. Reaching the river, they did kayaking down the river in those high-speed water current. It was very challenging for the duo, as Lakpa didn’t know anything about swimming. They slipped and fell for uncountable times, but they would not let few bruises to stop them.

Determined to do what they had planned, they continued kayaking and hiking through the several rivers and forest including the Ganga river of India. The challenge was there and to add up, even more; they also got robbed which led them with no money. They had to sleep in the open and for food they had to depend on the fruits from the trees. Then after all the efforts and dedication they finally reached the Indian Ocean, which took it almost two months to form the peak of the Everest.

The duo, of Sanu Babu Sanuwar and Lakpa Tsheri Sherpa, went to the highest point in earth 8,848 meters and went down to the 0 meters in the Indian Ocean.

How it all got started?

After seeing the par gliders arriving in the Himalayas for the first time, Lakpa Tsheri Sherpa also dreamt of flying from the mountains. But unlike others he dreamt big, he dreamt of flying from the highest point. When Lakpa Tsheri Sherpa successfully made his third guiding trip to the Everest, he felt paragliding would be faster and graceful if he descends back by flying.

Then in October 2010, Lakpa Tsheri Sherpa borrowed a paraglider and launched himself from the top of the hill above his home. But, this didn’t go well, and he got crashed into a tree. This badly damaged his paraglider wings, so he went to Pokhara looking for repairment and a mentor who can teach him how to paraglide. It was that time when he ran into Sano Babu Sanuwar, who he had already met a few years back on Island Peak. Sano Babu repaired Lakpa’s glider, and together they started making plans about something that never happened before. 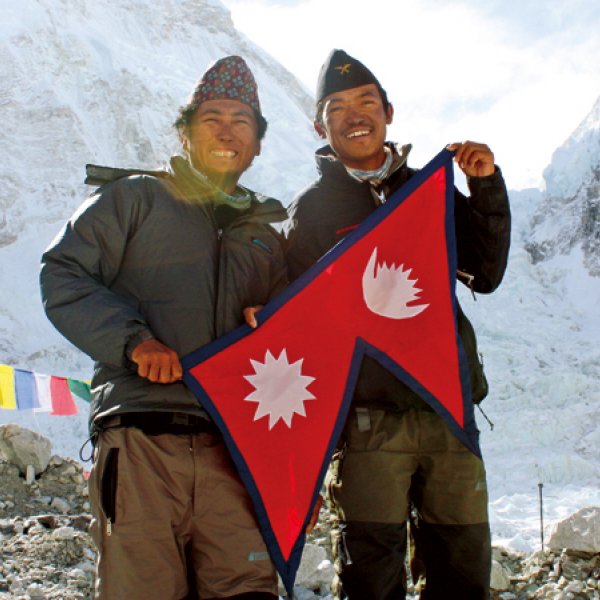 What happened after the expedition?

This expedition made them popular and got a lot of praise for their fearless attitude to carry out this almost impossible journey of 8,848 meters to 0 meters. For their ultimate effort, Sanu Babu Sanuwar and Lakpa Tsheri Sherpa got voted as “People’s Choice Adventurers of the Year 2012.” Their news even got covered in Nightline, a late night news television program broadcasted by ABC network of America.