Home » Nepal » Kirtipur: A Beautiful and Historical City of Kathmandu

Visiting Nepal is on the list of many people around the world as it is a complete package where you can experience everything. It is perfect for having an adventurous activity like bungee jumping, rafting, mountain climbing, skydiving and many other. Nepal is also rich in biodiversity where you will explore the rare flora and fauna of the whole world. Also, Nepal is a culturally rich pool, where you can dive into to know the unique and distinctive group of people, their lifestyle and cultures and tradition.

There is so much to see and experience in Nepal from its natural beauty to the magnificent heritage and monuments that visiting Nepal is never enough. However, Kirtipur is one of such places in Nepal which comprises a little bit of everything.

Kirtipur is a beautiful town lying on a rocky hill which offers a splendid view of the mountains in its background. The name Kirtipur is derived from Sanskrit words, Kirti meaning glory and pur meaning city. Located at a distance of 5 km in the south-west of the Kathmandu, Kirtipur is also an important city from the historical point of view of Nepal. It is also a city rich with architectural beauty and the ancient atmosphere. Kirtipur was originally a Newar foundation, and it still is a center Newar culture. Kirtipur is also famous for temples, monasteries, and churches. Kirtipur is also very popular because of the presence of the Tribhuvan University of Nepal, which is the oldest university.

Kirtipur is a city itself, but it has still kept its charm. The houses built in traditional style with unique windows, the religious sites, the overall beauty and history dating back hundreds of year, makes Kirtipur one of the remarkable city of the whole country. 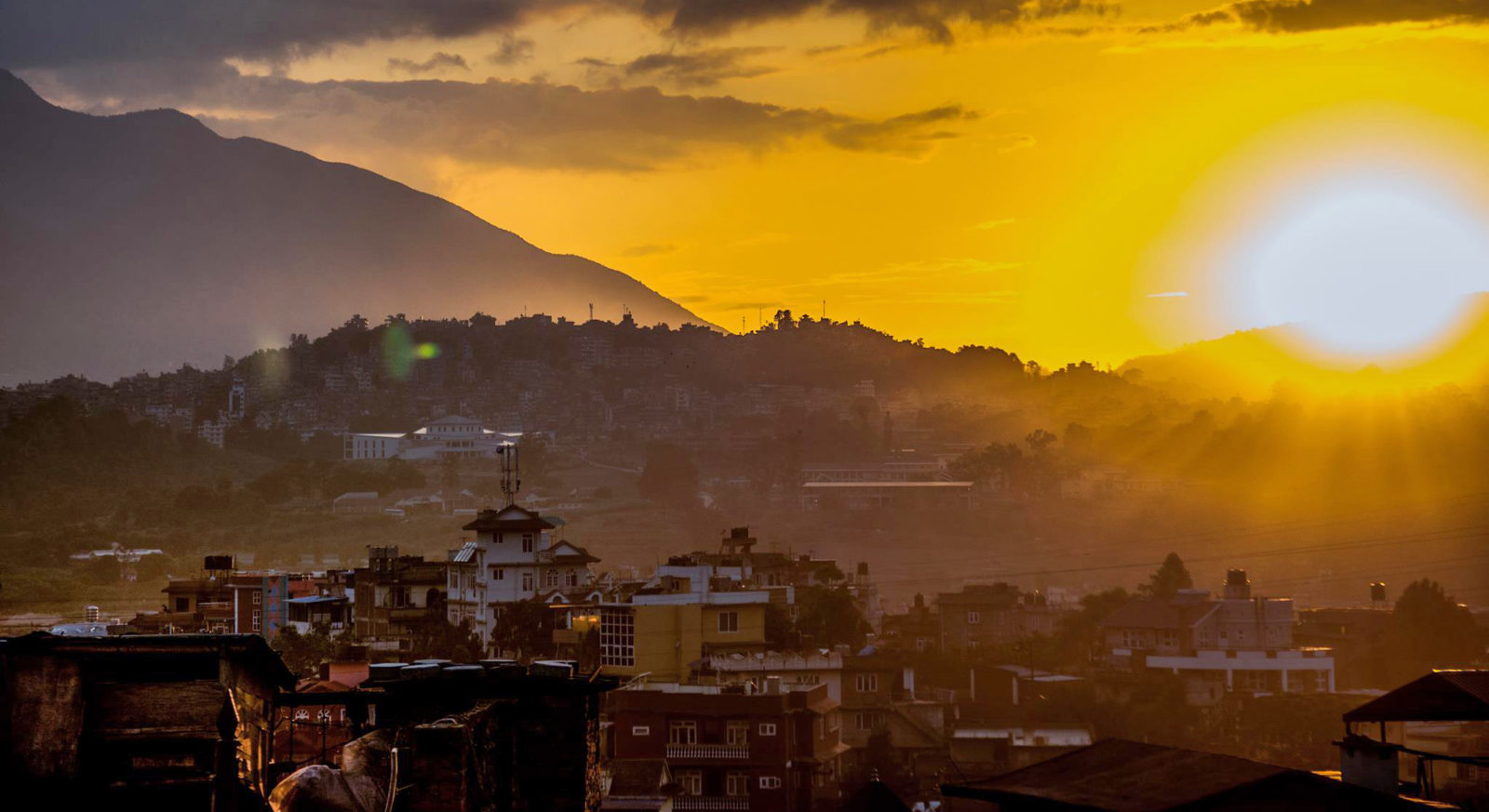 Kirtipur is one the important historical city of Nepal during the unification process of Nepal by King Prithvi Narayan Shah. Prithvi Narayan Shah annexed Kritipur in 1767 during his third attempt in his quest of unifying all the small states in one. The battle of Kirtipur is described to be a very vicious one and full of cruelty as Prithivi Narayan Shah cut the noses of people of Kirtipur over 13 years after the victory. He lost his minister Kalu Pande in the fight, which was a great loss for him.

In 2006, there was a mass uprising of inspirational peaceful demonstration of people that overthrew the powers of the King. Kirtipur is considered as an anti-monarchy city because of the bitter history against the Shah dynasty whose modern founder conquered the city insultingly and this was followed by the negligence of the administration and development by subsequent rulers.

Located in Kirtipur, BaghBhairab temple is one of the most popular temples dedicated to Bhairb, terrifying form of Lord Shiva. The god Bhairab is also believed to the guardian of Kirtipur and the local calls it Ajudeu, meaning a grandfather. The temple the mainly worshipped by Munsi Newars. There is a custom that each male of the family members takes the chest of BaghBhairab turn by turn yearly and worship it twice a day in a secret room. There is also believe that any wrong method while worshipping will curse the individual. And the most shocking part is, the denial of taking the chest home will cause a fine of USD 2,000.

The architectural design of this temple is also very interesting. It was built in the 16th century and is of three stories. The top two storey is made of tiles while the third one is covered with gilt copper. The temple stands in the brick-paved rectangular courtyard with rest houses around it. The courtyard is covered with small shrines and stone idols. In the southern side of the courtyard lies the main gates and the other gates are on eastern and western sides. There are beautiful craving of Hindu god and goddesses in the wooden post supporting the roof. There are total eighteen pinnacles on the temple, one on the first roof, six on the middle one and eleven on the top.

You can also see the old and faded murals beneath the eaves depicting the stories of Ramayan, Maha Bharat and various manifestations of Goddess Durga. There are several deities around including HifaDyo, NasaDyo, and others.

Uma Maheshwar temple is one of the most important heritage sites of Kirtipur. The temple is also locally known as KwachoDeha. It is located at the top of the hill at an elevation of 1,414 meters. The temple was built by the son of king Sidhhi Narsinga Malla in 1655 AD. The temple has suffered damages in several earthquakes. However, it got restored in 1982 AD. As the temple is located at the top hill, it offers the beautiful view of mountains like Langtang, Dorge Lakkpa, Chobu Bhamure and Gaurishankar along with the picturesque view of the Kathmandu valley.

Uma Maheshower temple is of three storey with wooden doors, pillars, and beams which are crafted with the amazing artistic figure of various Hindu deities. At the very entrance of the gate, there is an artist stone gate. The temple is mainly dedicated to Lord Shiva and Parvati. However, there are images of other deities as well including Sarasvati and Mahismardini. There is a bell on the northern side of the temple which was cast in 1895 by Gillett & Johnston Founders, Corydon.

Chilancho stupa is a Buddhist shrine in the southern hill of Kirtipur. The stupa was built in the medieval period. In this very stupa, an inscription of Nepal Samvat 635, which is the Licchavi Period of Nepal was found making it one of the most important historical stupas of this region.

Shri Kirti Bihar is a Theravada Buddhist monastery located near the entrance of Kirtipur. It is built in a traditional Thai architectural style. It is a very attractive monastery with colorful painting on its roof and multiple windows. The monastery has two layers of the slanted roof, and there are several tiny stupas attached to the main building surrounding the monastery.

DevPukku is an old royal periphery of Kirtipur. Due to its ancient design in the modern setting of today, it is one of the most charming places to visit. There is a pond in here, which adds ups to the beauty and the pond is also the Kirtipur’s main water source fed by underground water. You will as see the former Royal Place which is very well preserved. The houses built in the traditional Newari style is fun to watch with people peeking out of the window.

Newa Lahana is a Newari restaurant which serves probably the best Newari cuisine in the town. Newa Lahana, also known as “Newa Civilization” is a traditional Newari restaurant as well as a museum run by the people of Thambahal tole, Kirtipur. A community runs it by contributing items or socially engaging themselves to promote and preserve the Newar culture. The profit earned from the restaurant is utilized for the benefit of the community.

Newa Lahana is in four storey building with the traditional sitting arrangement in the floor above sukul (mat weaved from hay) and cushions inspired by hakupatasi (black sari). You will get to know the Newari culture in the best way in Newa Lahana. The food is served in tapari (plate made out of leaves) and brass plates. The serving persons are too dressed in a traditional Newari dress. The foods are freshly made,and some of them are very spicy as well. Another popular item of Newa Lahana is wine which is categorized in the five-volume, and the best part is the serving cups which are made out of clays. The wine goes very well with the food served.

Because of its authenticity, traditional setting, awesome menu and servings, and the wine, Newa Lahana has become a popular destination for tourist as the local peoples. It gets a bit of crowded at the weekend. It is the best place to hangout with friends and family while enjoying the beautiful Kirtipur.

The word Taudaha comprises two words, Ta and Daha, meaning Snake and Lake respectively. As per the mythology, after Manjushree cut the hill allowing all the water to drain off, several ponds and a lake were formed,andTaudaha is believed to be one of those ponds. The pond is very beautiful as well as several species of birds and fishes inhabits near it. 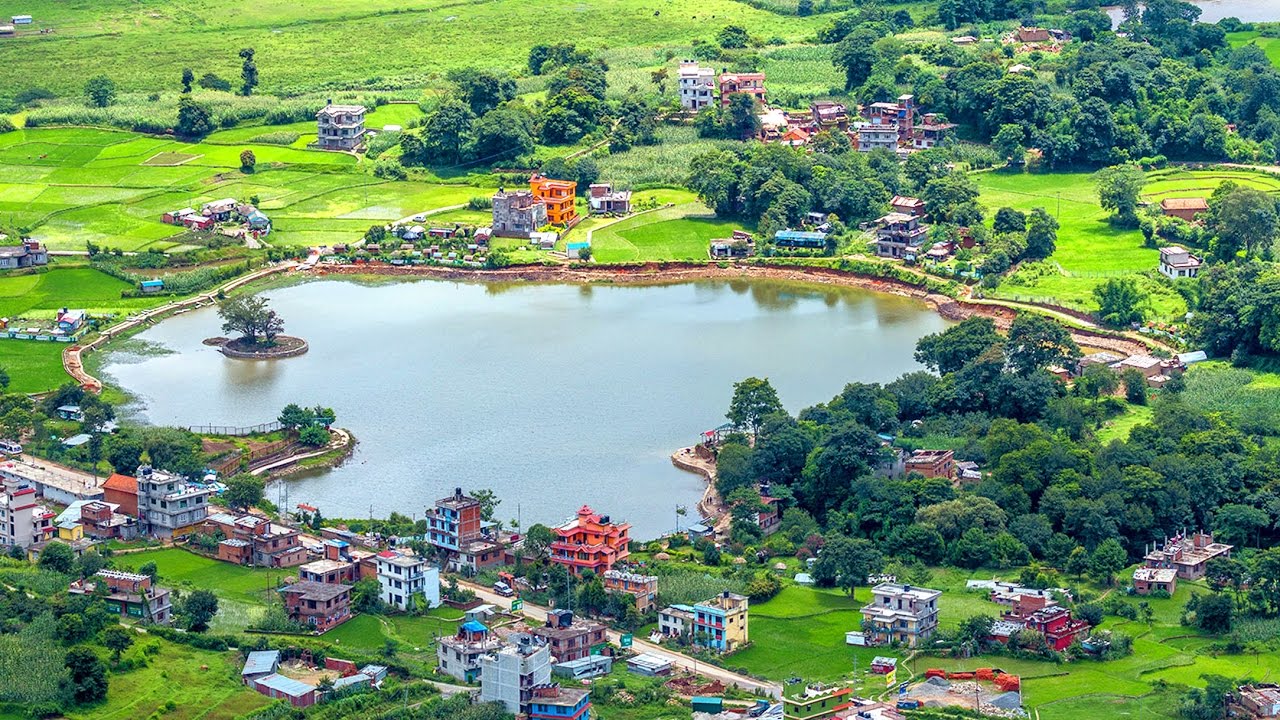 Langtang, Nepal: Know Everything about this Himalayan region
Tengboche Monastery: The largest and the most sacred site of Khumbu