Home » Nepal » Everest Base Camp: In the vicinity of world’s tallest peak

Get a grip and be ready for the roller coaster to dive in the wonder of stunning Himalayas. As this trek embarks to the base camp of world’s highest mountain, Everest, trekkers often quote it as one of the beautiful treks in the world.

No doubt the trek is a very famous one in Nepal and is in the list adventure lovers from around the world. With the captivating beauty of Himalayas, Everest Base Camp witnesses a throng of trekkers almost all the year around. Together with the beauty of splendid snow-capped mountains, the trek also offers an exciting and quaint culture of Sherpas residing in Himalaya region.

Everest Base Camp trek takes place in Khumbu region, a culturally rich valley. You can experience many enticing features of Khumbu like rich Tibetan Buddhist tradition, beautiful monasteries, religious as well as spiritual festivals and the obsolete settlement of people. The trek further offers trails with graphic view of mountains, along with Mount Everest at 8,848 meters, glaciers, verdant forest of pine and rhododendron and beautiful and rare vegetation and wildlife of Sagarmatha National Park.

First scaled by the legendary duo of Tenzing Norgay Sherpa and Sir Edmund Hillary in 1953, even trekking to the base camp of Everest takes adrenaline, so be up for the one of the highly praised and sought-after trek of the world. 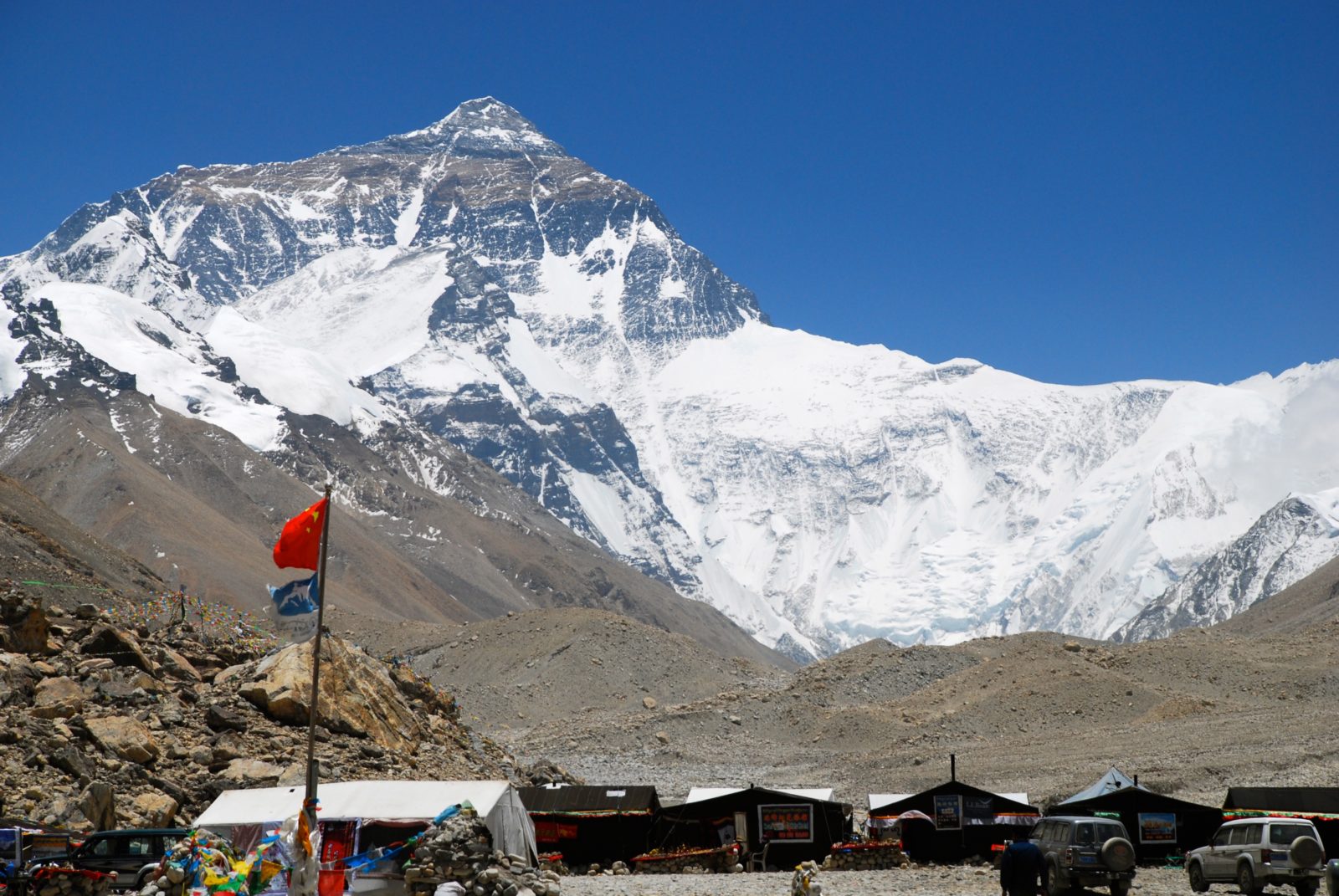 Highlights of Everest Base Camp Trek

Trekking to Everest Base Camp is a once in a lifetime trek where you will gain a memorable moments experiencing Himalaya lifestyle and Sherpa’s culture and tradition, along with stunning peaks of majestic peaks like Everest, Lhotse, Nuptse, Pumori, Cho Oyu, AmaDablam, Thamserku, Island peak and many big and small peak. However, Everest Base Camp trek offers more than what you have been hearing, so here are some highlights to put off your inquiry.

The Base Camp itself

Everest Base Camp in itself is a significant highlight of the trek as it is the base of world’s tallest peak. Located at an elevation of 5,364 meters, the camp offers an astounding view of Everest, Pumori, Nuptse, Lhotse as well as Khumbu glacier and icefalls, glacial rivers and snow avalanches.

Kala Patthar is located in few hours hike from the base camp. It is a popular side hike from base camp which offers the most beautiful and close panoramic view of Everest. Located at an elevation of 5,545 meters, it is known as the highest point of Everest region. Trekkers prefer to hike to Kala Patthar early in the morning to witness the breathing taking view of sunrise over the Himalayas.

Tengboche is a remote yet a magnificent village of Everest region. It is rather famous for Tengboche monastery, the renowned largest monastery of Khumbu region. The monastery also celebrated a very important festival of Sherpas, Mani Rimdu which goes on for 19 days. Tengboche also gives us a close view of Ama Dablam and many other surrounding peaks.

Everest Base Camp trek offers an opportunity to witness the biggest and longest glaciers of Nepal; the biggest is Khumbu, and the longest is Ngozumpa. Khumbu glacier is 12 kilometers long located between Everest and Nuptse-Lhotse ridge. Also, known as the world’s highest glaciers consisting large icefalls, it can be sighted from the base camp.

Ngozumpa glacier is about 36 kilometers long located below Mount Cho Oyu up to the Gokyo Valley. You can have the mesmerizing view of Ngozumpa glacier from the viewpoint of Gokyo Ri.

Everest Base Camp trek has three high passes of Everest; Kongma La, Cho La,and Renjo La. The trek of this three great passes is also known as Everest Circuit trek which covers the entire trekking route in Everest region. The exhilarating and adventurous trek of three passes will take you along some remote and distinct valley like Thame, Murulung and continues passing through Gokyo Lakes, Kala Patthar and to the base camp.

Namche Bazar is a remarkable village of Khumbu, which is also known as the “gateway to Everest.” It is a charming mountain town built on a steep bowl-shaped shape with an admirable view of Kongdi Ri, Thamserku and other peaks in the background.

Namche is an absolute delight with small shops offering every trekking and mountaineering equipment and many interesting artifacts. It is also a popular place among trekkers for altitude acclimatization.

Sagarmatha National Park is one of the UNESCO world heritage sites which covers an area of 1,148 sq km. It is also the world’s highest national park protecting the Himalayas of Everest region. The park is home to a different variety of vegetation and wildlife giving you an opportunity to witness some. Leopard, Himalayan Thar, red panda, Himalayan black bear are some of the wildlife of park.

Known as daring and expert mountaineers around the world, Sherpas are the popular residents of mountain region of Nepal. Trekkers in Everest region is very much interested in exploring Sherpa culture and tradition. Sherpas are the indigenous people of Himalaya whose lifestyle and culture are still intact and untouched of modernity. 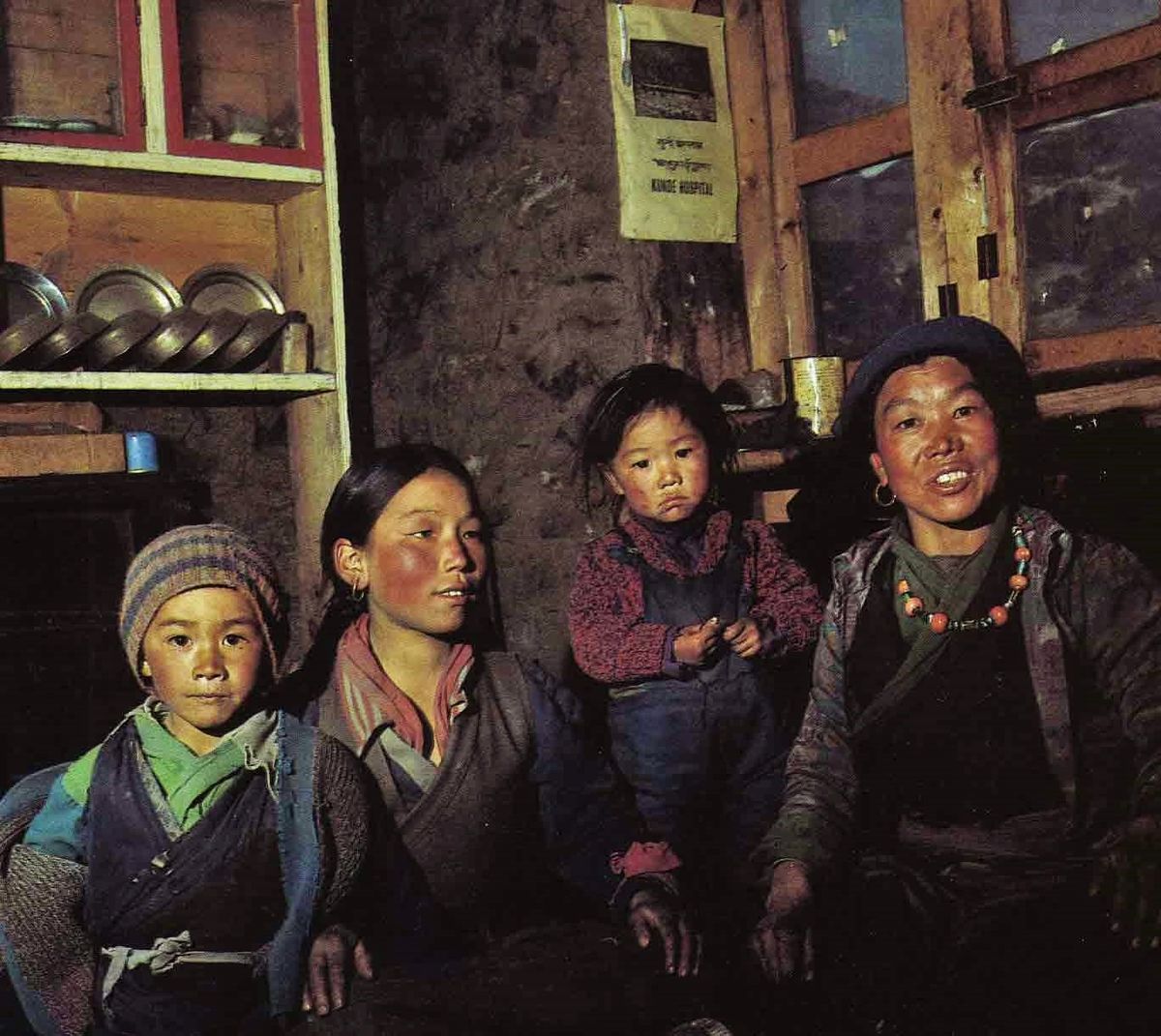 Although Everest Base Camp has Himalayan terrain and some challenging route, it can be accomplished by everyone. However, one needs to be in good fitness and health. The trek has received a tag of moderate level difficulty, so any trekking experience or skill is out of the question.

Another problem while trekking in higher altitude region is altitude sickness. Altitude sickness is experienced by most of the trekkers, and sometimes it even leads to casualty. So, to avoid this fatality, acclimatization is one best option. Acclimatization helps to adjust your body in new temperature, climate, and environment. Namche Bazaar is often used for acclimatizing by trekkers for a day or two. However, you can stay for some more days, if you are feeling uneasy because it is better than having any consequences. Also, plenty of water, an adequate amount of rest and reasonable pace helps in altitude sickness.

Permits for Everest Base Camp

For Everest Base Camp, you need two different types of permits.

Trekkers Information Management System (TIMS) permit is necessary for all the trekkers in Nepal. To obtain this permit, it cost $10 USD, if you are trekking in a group and $20 if you are trekking independently. Two passport size photo is also needed. You can get the permit from Nepal Tourism Board which is located at a distance of 2 kilometers from Thamel and takes about 30 minutes to walk.

Sagarmatha National Park entry permit is another permit you need for this trek. It costs $30 USD + 13% Govt. Tax. However, no photos are required in this trek. The permit allows us to enter the park and as some part of trek takes place inside the park, it is a mandatory permit. You can obtain this permit from Nepal Tourism Board in Kathmandu or at headquarter of Sagarmatha National Park, Monjo.

You can also trek in January and February, but the weather gets very cold in higher regions (-20c to -30c) and it can dump snow any time of year. Weather condition in winter gets more challenging than ever.

Also, June, July, and August is not the best time for base camp trek as these are the monsoon season. In this time of year, weather is warm with moisture-laden water from Indian Ocean causing rapid downpours. Usually, the routes are empty with only high-altitude die-hard trekking lovers braving rain. Trails get slippery, leeches and lack of mountain views are sufficient in putting off trekkers in this time of year.

However, not all the treks are unfavorable in monsoon. There are some areas which are also called rain-shadows that provide good trekking conditions even in monsoon. Annapurna Circuit is the best example of a rain protected area. 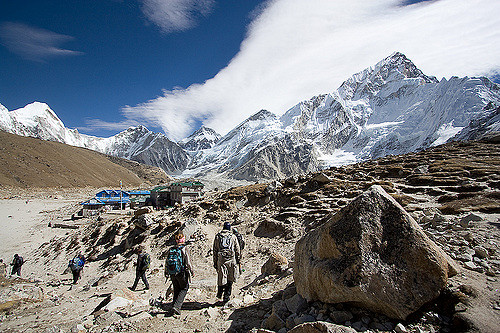 Everest Base Camp trek gets a start from a flight to Lukla from Kathmandu. Moving forward we will walk towards Monjo and trek upward to Namche Bazaar, a beautiful Sherpa capital at an elevation of 3,440 meters following the valley of Dudh Koshi river. Reaching this point of trek, we take a day to rest at Namche for acclimatization.

Leaving Namche behind us, we trek towards Tengboche and Dingboche the next day. Now, after two days from Dingboche we will finally arrive at the Everest Base Camp. From a camp return to Gorakshep, a flat field located below Kala Patthar and Mount Pumori. Kala Patthar will be our next stop from where Everest can be viewed in a clear and close way. The same day of hiking to Kala Patthar, we descend towards Pheriche. From Pheriche, we will be back to Namche and Lukla.

Everest Base Camp is one wondrous trek taking you close to the beautiful and magnificent art of nature, and with Dolma Tours, we assure you the best of best. Established to promote sustainable tourism and ecotourism for the welfare of local community as well environment, we encourage camping while in trek to contribute our effort in sustainable tourism and camping is a responsible step in trekking as well full of exploration and fun.