Home » Nepal » Tansen, Nepal: A Town with History and Beauty

Tansen of Nepal is one of the most beautiful places in Nepal. It is a charming town situated in the hills of western Nepal. Tansen is a picturesque hill town located on the lap of the Shreenagar Hills. It is the headquarter of Palpa district and the hub of mid-west culture of Nepal. The word “Tansen” comes from the Magar language, which means “northern settlement”. Palpa falls one of the twelve Magar regions of West Nepal. 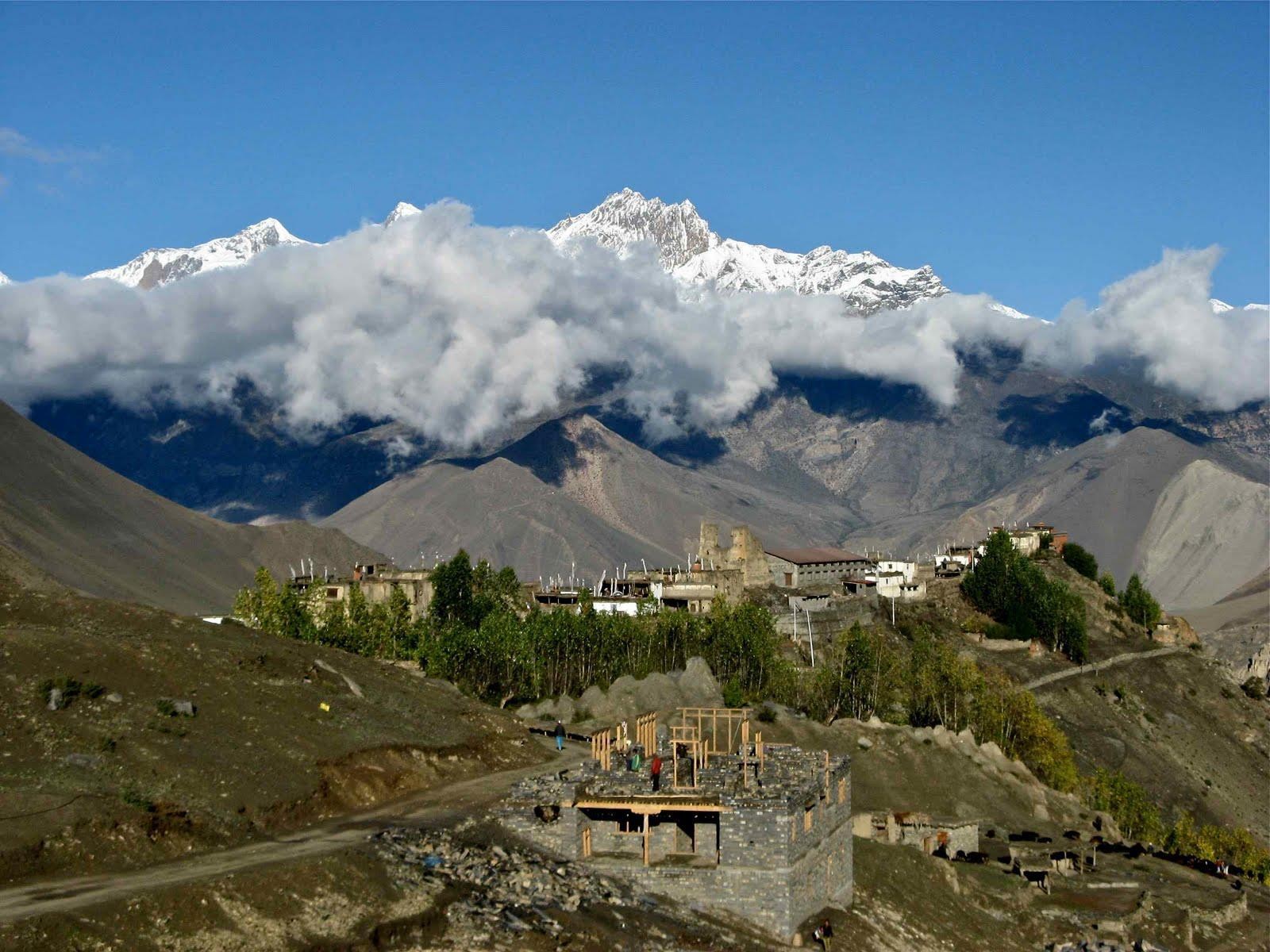 In a nearby hill of Tansen named Srinagar hill, you can see a beautiful panoramic view of the Himalayas extending from west to east. Kanjiroba, Dhaulagiri, Annapurna, Mansiri, Ganesh and Langtang will come in the view.

Tansen also holds the historic palace Ranighat, a Rana palace next to the Kaligandaki River and RiddhiBazaar, which is one of the major Hindu pilgrimage destinations at the confluence of Kaligandaki and Ridi Rivers. On the occasion of MagheSankranti, a large mela (fair) is held every year.

In Tansen, there is also a United Mission Hospital. It was established as a partnership between the people of Nepal and a coalition of 20 Christian organisation on four continents. The hospital collaborates with Tansen Nursing School, which also considered as one of the best training programs for basic nursing in Nepal.

Tansen is in the Palpa district of Nepal and is located on the highway between the two popular cities of Nepal, Butwal and Pokhara, on the crest of the Mahabharat range or Lesser Himalaya overlooking the valley of the KaligandakiRiver in the north side. Tansen is a municipality, and it is also the administrative centre of the whole Palpa district.

Magar and Newar ethnicity of Nepal mostly inhabit Tansen. Apart from Magar and Newar, other ethnic groups are the inhabitants of this area are Chhetri, Tharu, Gurung, Tamang, Brahmin and Limbu. The Newar of Tansen came originally from the Kathmandu. Before Newars used to follow the trade and craft and migrate in the different parts of Nepal. They got settled in Tansen after locating it as an important crossroad of trading and administrative headquarters. Magar is also the high settler because it is assumed that they were the very first inhabitants of this area. As the time moved on and urbanisation took place, people started to migrate to a place with facilities, and as Tansen was a trading-hub, people from different places came and settled here.

In overall Tansen is home to many ethnic groups of Nepal. While most of the people speak the mother tongue language (Nepali), some still speak their language.

Before and still now, Tansen is a trading-hub. Mainly Newars of this area are engaged in trade, and there are many shops which are owned by the Newars. The local Newars are also known for traditional metalwork and producing dhaka cloth which is used for making traditional jackets and topis of Nepal.

Looking at the history of Tansen, it was the capital of the Magar kingdom Tanahun, which was one of the most powerful regional principalities before the rise of the Shah dynasty. Tanahun was so powerful that came very close in defeating the Kathmandu during the 16th century under the leadership of Mukunda Sen. But in the 18th century, local Magr Kings lost their influence in people and instead it developed as Newari Bazar on the important trade route between India and Tibet through the Kaligandaki River and Mustang.

Tansen was also targeted several times during the civil war because it was a district administrative centre.

Places to visit in Tansen

The Tansen Durbar of Tansen is a grand palace situated in the town of Tansen. The Durbar was built by Pratap Shamsher Jungin 1927. The Durbar served as the seat of Rana governor in early years. Now, the Durbar includes a museum of local culture and history.

In the main square of Tansen lies a curious octagonal pavilion which dominates the area. During the regime of Shah, this place used as a place for organising public function by the governors. And to today’s date too, this place is a popular spot for meeting or gathering by the locals and have some chat. In the northwest corner of the square lies a small, two-tiered Bhimsen Temple, which is a sacred temple for Newar and is dedicated to the Newar god of trade and commerce.

Shrinagar is situated at the hilltop at an elevation of 1,524 meters in about half hour walk from the Tansen Bazaar. This spot is very popular which provides the stunning view of mountain range including Dhaulagiri, Tukuche, Nilgiri, Annapurna Himchuli and other.

Amar Narayan Mandir is situated at the bottom of AasnTole(the steep road running east from Sitalpati) of Tansen. Amar Narayan Mandir is a classic three-tiered, pagoda styled wooden temple. Amar Singh Thapa built the temple in 1807. Amar Singh Thapa is also the first governor of Tansen and this temple built by him is considered to be one of the beautiful temple located outside the Kathmandu valley. The magnificent woodwork defines the temple. There are carved wooden deities, and the craft is very stunning. There is the craved figure of erotic scenes on the roof struts, and there are skulls and animal heads on the lintel as well. This temple is visited in the evening time to light butter lamps in honour of the patron deity, Lord Vishnu.

Rishikesh temple is situated in the south-west side of Palpa. This temple is considered as an important Hindu pilgrimage site as well as cremation site referred to in Hindu epics. There are several combinations of numerous style of architecture, from the medieval period and San period. Rishikesh site is a very well protected area and in use today as a sacred site for Hindu where important Vedic rituals are performed.

The adjacent settlement of Ridi still retains its medieval character and architecture which shows the close linkage to Rishikesh complex. The living heritage of Rishikesh of Ruru Kshetra is a very well preserved area with festivals and fairs that are held regularly. Ancient worships are also practised which are related to the propagation of Vedic rituals and culture and the practice of BhaktiniAmas (female mendicants).

Rani Mahal is one the most beautiful places in Nepal and is most visited as well. It is called the “TajMahal” of Nepal. General Khadga Samsher Rana built the palace in 1893 in the bank of Kali Gandaki River. General Rana was forced to drop his royal titles and was sent to Palpa, Gauda in 1887 as the Western Commander in Chief. Rana’s wife Tej Kumari Devi died within a year he built a palace, so he named the palace as Rani Mahal(Queens Palace). He also named the forest near the palaces as Rani Ban (Rani forest) and named the ghats as Rani Ghats as well.

KhagdaSamsherRana and his family fled to India abandoning the palace. The palace was neglected for years, and by the end of 20th century, it was left only in rubbles. After decades Government of Nepal of finally paid attention towards the palace for the preservation of national historical monument and increasing the possibilities of tourism as well.

At present, to reach the palace, there is a motorable road, and you can easily find the transportation means to the Rani Mahal. If you choose to go by foot from Kailashnagar near Batasedanda, which is about 3 kilometres, then it will also ultimately lead you to the Rani Mahal. The walk will be of 3-4 hours from Rani Mahal from Batasedanda.

Bhaivsthan temple is dedicated to Bhairav, who is the fierce manifestation of Lord Shiva. In the festival of Dashain, which is also the biggest festival of Nepali, many people pay a visit to the temple and pay homage to the god by giving the blood of five different cattle, also known as “Panchabali”. The temple is also popular because of the Trishul (trident), as it is the largest of its kind in the whole of Asia.

Bhagwati temple was originally built in the 1814 AD by Ujir Singh Thapa to mark the victory over the colonial British-India forces. The temple is situated very near to the Tansen Durbar. You can also find some small temples around the temple area which are dedicated to the deities like Ganesh, Shiva and Saraswati. The temple has suffered many damages, and many adjustments have been made. The temple was believed to be bigger and more beautiful in its original form. In every year in August, a chariot procession of deities is taken throughout the town with the military honour to observe the historic battle. 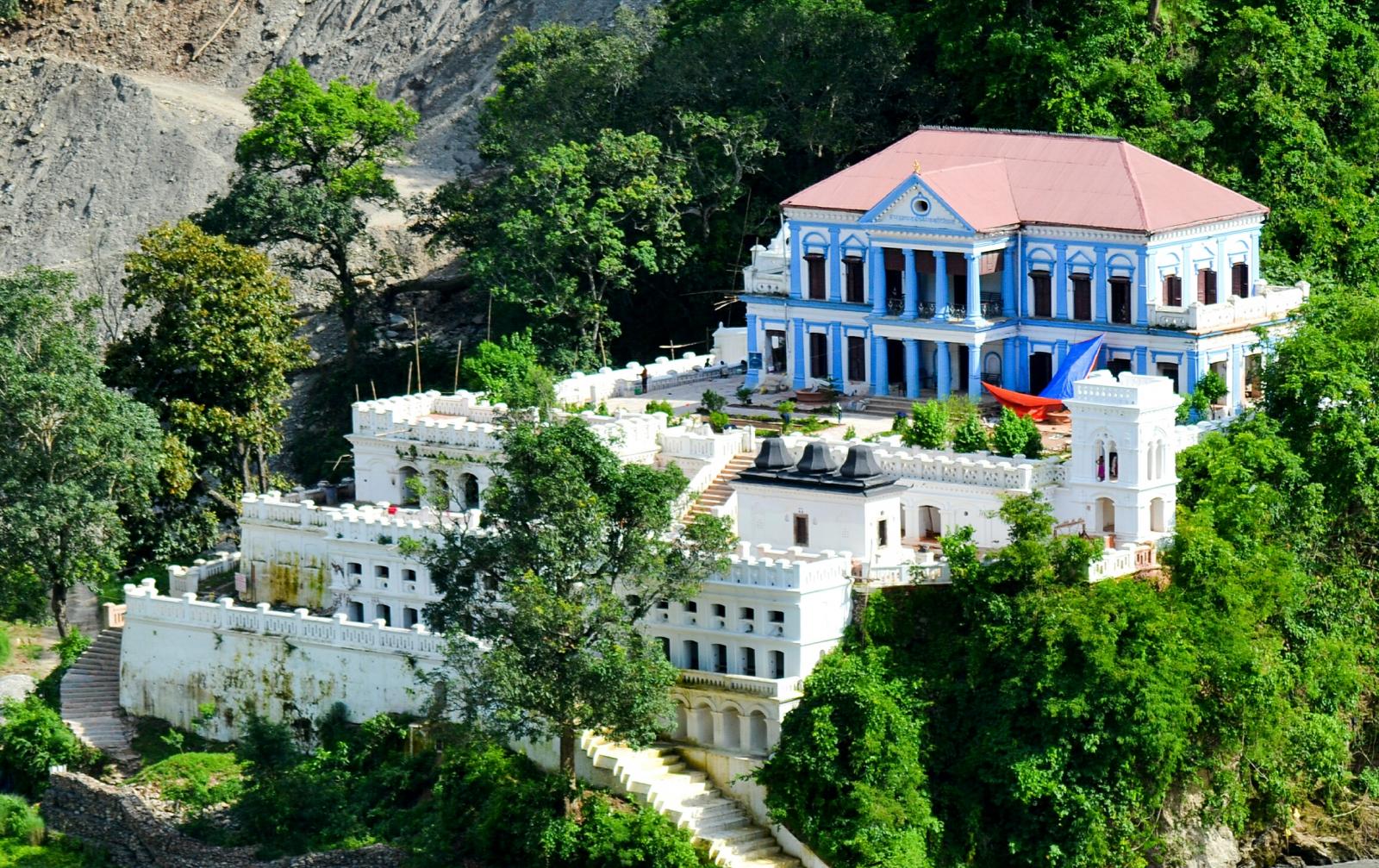 Dashain: The Greatest and the most Auspicious festival of all
Top Pilgrimage Sites of Nepal
Check our Fixed Departures