The lightning storms underneath with visible satellites at night plus the vast curve of the earth from the height. No part of the earth can offer the beautiful combination of these spectacular views except Mount Lhotse.

Standing 8,526 meters tall, the mount Lhotse is the fourth highest mountain in the Earth. The mountain lies in the border of Nepal and Tibet. The Mount Lhotse has one of the smallest topographic prominence values of any peaks higher than 8,000 meters since it only rises 610 meters above the South Col.

The Lhotse has three summits: The Lhotse Main (8,516 m), Lhotse Shar (8,383 m) and Lhotse Middle or East (8,413 m). Lhotse is sometimes also identified as the south peak of the Mount Everest. However, it is not true. In spite of being among the eight-thousanders, Mount Lhotse is often overlooked for being near to the Mount Everest.

The climbing of the mountain was not that common until a Swiss team climbed the mountain for the first time in 1956. The number of ascents in the mountain is less than that of Everest till now. While the count of the Everest climbers has exceeded 3,000, the number of climb in the Lhotse is still less than 400. The mountain now offers to climb in every spring.

The Lhotse Shar has the highest fatality rate among all the eight-thousanders. The ratio of the ascend to death is 2:1 meaning that for every two people who conquer the mountain, one dies in the attempt.

The main part of the mountain comprises of real tough ice, snow walls, and ridges which will make the climb seriously difficult. The extreme weather conditions and peculiar topography add on the difficulty level for the climbers. According to the statistics, the Lhotse Shar has three walls and two ridges which only allowed 20% success out of the total 27 challenges taking the life of nine individuals in four accidents. 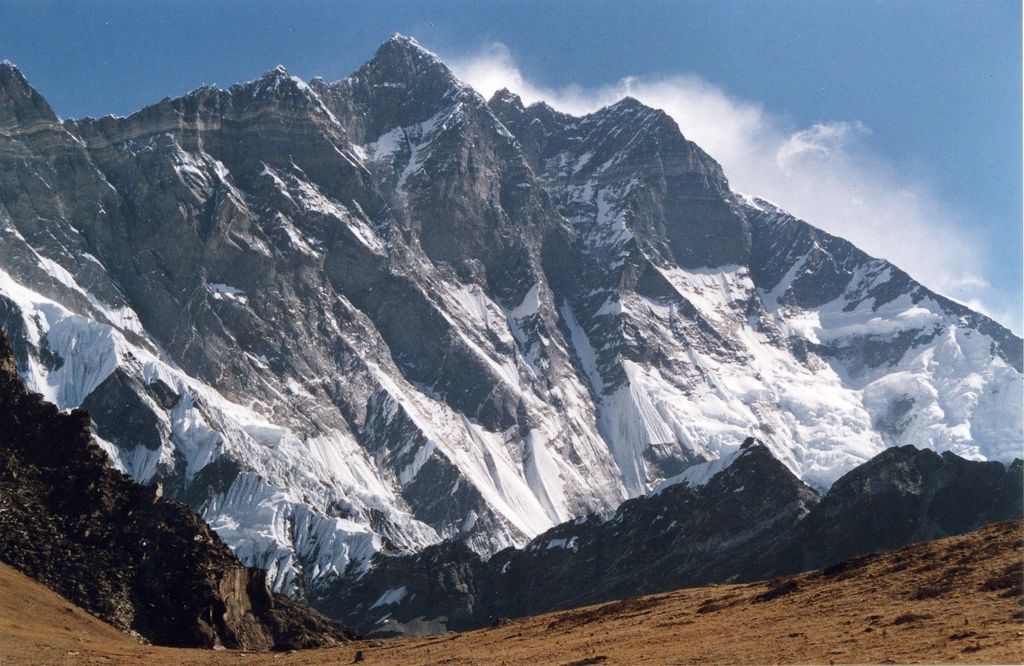 The Lhotse Middle or East

The Lhotse Middle: another subsidiary mountain of Mount Lhotse is the last eight-thousanders to be climbed. Standing 8,410 meters tall, Lhotse Middle is the sharp and jagged peak and is most probably the most difficult peak to summit. Several attempts were made to climb the peak but it was 2001 when Russian climbers successfully made it to the top.

Mount Lhotse is the part of the Everest Massif. The mountain is called ‘South Peak’ in Tibetan language. The mountain also has another name called E1 and lies on the border of Nepal and Tibet Autonomous Region of China.

The Climb History of Mount Lhotse

International Himalayan Expedition, in 1955 made an attempt to climb the mountain for the first time in history in 1955. The team was accompanied by 200 local porters and many Sherpas. But, after they saw the enormous southern face of the Lhotse Shar, they changed their mind towards the Western Cwm valley and the north face of the Lhotse. They were successful to attain an altitude of 8,100 meters.

A year later in 1956, a Swiss team successfully climbed the main summit. Giving continuity to the climb, Lhotse Shar was first climbed on May 12, 1970. Lhotse Middle remained unclimbed for a real long time as the highest unclimbed point on Earth. Finally, on May 23, 2001, a Russian expedition successfully made a history of first ascend.

The Lhotse Trek Difficulty and Risk

The spring season is the rewarding time for the climbers to ascend towards the Lhotse Mountain. The expedition to the mountain requires a high level of expertise since the peak is dramatic and full of risks. The snow and the ridges can pose a serious threat to the climbers. The Lhotse climb is also one of the steepest walks in the world. The lack of oxygen and possibilities of the avalanches are high. It is more than compulsory to have a trained guide for the expedition. The mountain climb is a real challenge which has already taken a number of lives. Thus, just confidence is not enough to make a summit. Make sure you are well trained, and in a good group for your expedition. 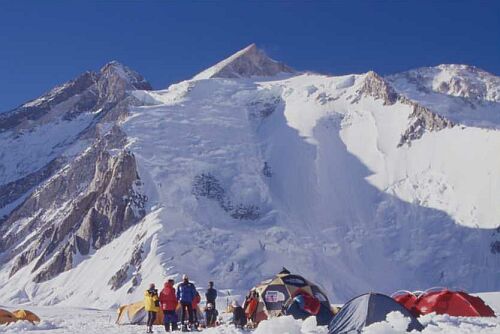 Altitude and Acclimatization in Mount Lhotse

Acclimatization will help the trekkers to better adjust ion the changing environmental condition and thus reduce the risk of altitude sickness. While trekking, it is suggested only to trek maximum of 300 meters in a day. Regular exercise almost a month prior to the trek can be useful. Similarly, yoga, gym, and drinking plenty of water also help in the better adaptation of the altitude.

The deaths in Mount Lhotse

The mount Lhotse is now being climbed frequently in recent days. The totals of 461 successful ascents were made in Lhotse Mountain until March 2012. 13 climbers lost their lives during their attempt to climb the mountain. This makes the fatality rate of the mountain to be 3 percent.

By the end of December 2008, 371 climbers were successful to reach the summit the Lhotse peak while 20 lost their lives during their attempt. No climbers could make a summit in the year 1014, 2015 and 2016. Maybe this happened due to the serious of accidents. In the interval of 7 years from 2012, there occurred 5 deaths in the Lhotse. Most of the causes for the deaths were altitude sickness, avalanches, and fall.

First Sky Descent from the Mountain

2018 is a real history keeping year for ski-mountaineers. While on July, Andrzej Bargiel successfully skis descended from high summit of K2, Hillary Nelson and Jim Morrison, were successful to sky descend from 8516 meters high Mount Lhotse. The two Americans skied down from the fourth tallest mountain in the world along the so-called ‘Dream Line.’

It was 2:30 PM, September 30, Sunday, when Nelson and Morrison decided to click into their ski bindings on the summit and became the first to ski the Lhotse. Morrison jumped into the right side and made a pivot turn from the top. “There was enough snow to make it possible” adds Morrison.

Nelson had climbed Mt Everest and Mt Lhotse in 24 hours becoming the first woman to climb the two eight-thousanders in a single day in 2012 while Morrison skied Mt Cho Oyu in the previous year.

Climbing Lhotse is surely one of the most difficult and extremely dangerous mountains to conquer. Having a look over the trekking routes to the mountain, there are only three routes available that will lead you to the peak of the mountain: Lhotse main- the west face, Lhotse middle- through Lhotse main, Lhotse Shar- the south face.

The route through the South face is the riskiest one. The trail is dangerous enough to fail numerous experienced mountaineers in the world. Everest base camp also offers the closer and beautiful view of the Mount Lhotse and the Tibetan Trails.

Make sure you do not forget to capture a selfie, you with the massive Lhotse and Mount Everest in the same frame.

Annapurna Sanctuary Trek: Brief but a Blissful one
Far West Nepal: Towards Nature, Wildlife and Culture