Nepal is one of the best destinations for mountain-climbing and trekking in the world. Being the home of most of the tallest mountains of in the world, Nepal offers the best trail for trekking.

Larke Pass falls en route to Manaslu Circuit trek, and it is probably the most famous spot during the whole trek. 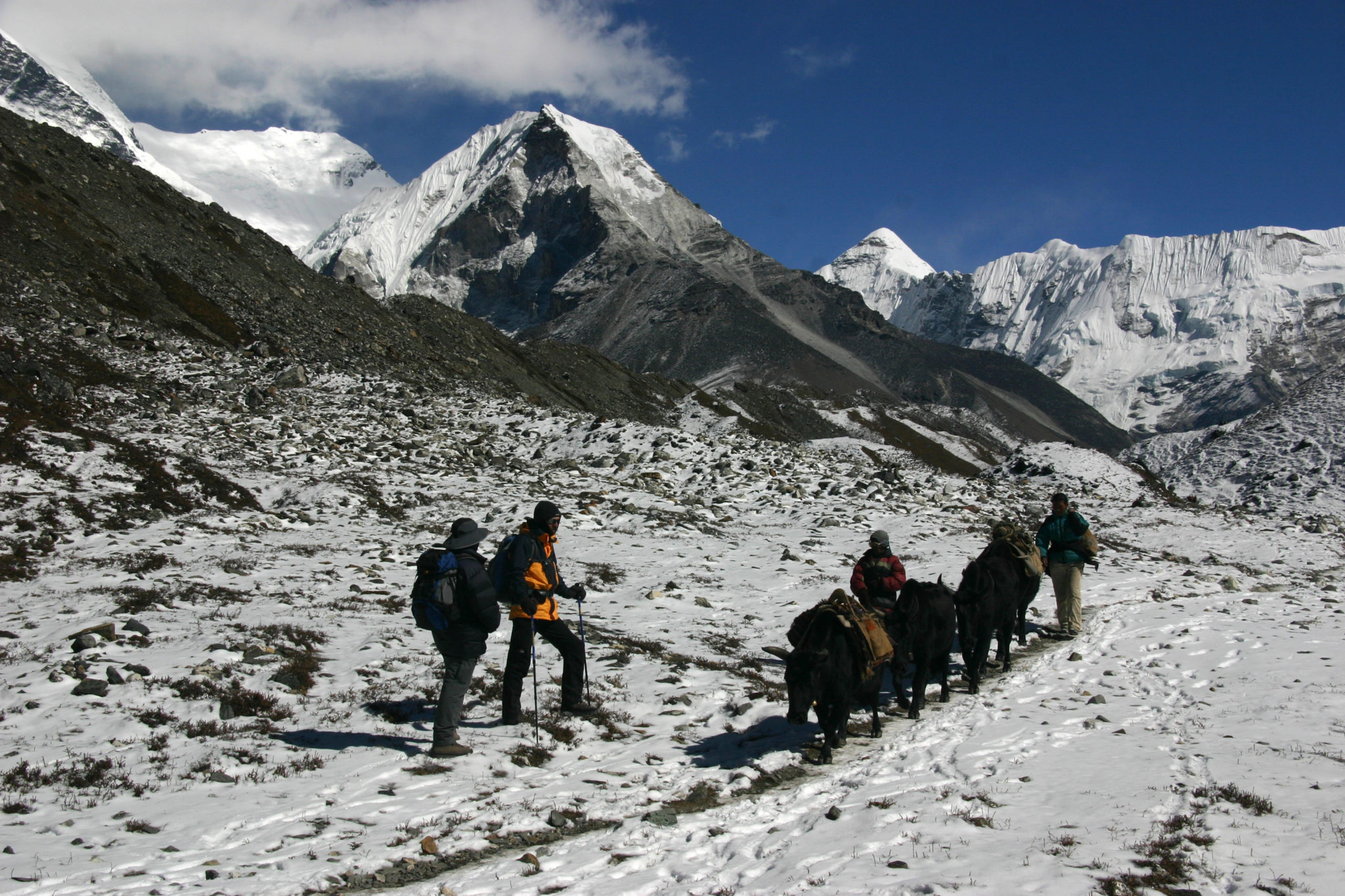 About Larke Pass and Manaslu Circuit

As mentioned above, Larke Pass comes en route of Manaslu Circuit trek, which is also one of the popular trekking destinations of Nepal. This trekking will offer you some of the encounters you will ever have in your life. You will see the beautiful view of the Mount Manaslu, which stands at an elevation of 8,163 meters/26,781 feet. Mount Manaslu is the tallest mountain of the Gorkha district, and it is located in the distance of about 64 kilometers east from the Annapurna massif. The long ridges and valley glaciers of the mountain offer feasible approaches from all the direction. You will also see several other peaks over the height of 6,500 meters/21,300 feet, and some of the mountains over the height of 7,000 meters/23,000 feet come in sight too.

Larke Pass of Manaslu Circuit trek is the highest point reached, which is located at an elevation of 5,106 meters/16,752 feet. Trekking in Manaslu region has various options, while the popular route of Manaslu is of 177 kilometers that skirts the Manaslu massif over the pass down to the Annapurna massif. Trekking in this region has been allowed by the Government of Nepal since the year 1991. The trail is unique which will take you along the ancient salt-trading route along the BudhiGandakiriver, offering the beautiful mountain views, distinctive villages, and valleys with unique culture and lifestyle. It is also one of the longest passes in Nepal Himalaya and is situated between Dharamsala and Bhimtang. Reaching the top of the Larke Pass, you will see splendid views of mountains like Manaslu (8,163 meters/26,781 feet), HimlungHimal (7,140 meters/23,430 feet), Annapurna II (7,937 meters/26,040 feet) and KangguruHimal (6,981 meters/22,904 feet)

While in trekking to this circuit route, you will also meet several distinctive villages and valleys comprising mainly two ethnic group, which are Nubri and Tsum. There is a river in a village called Chhikur, which divides these two ethnic groups. The village of this two ethnicity has remained in isolation to protect their tradition, culture, art, and lifestyle. However, Nurbi has been frequently visited since Nepal opened up for tourism in 1950. Apart from these two ethnic groups, Gurungs, Bhutias,andSherpas are also the inhabitants of this region. You will walk past several monasteries, mani walls, chortens, and other Buddhist religious landmarks.

The en route is also filled with diverse flora and fauna. There are many highly endangered animals including red panda and snow leopard. There are 100 species of birds, 33 species of mammals, 11 species of butterflies and three species of reptiles in this region. The wildlife of this region includes blue ship, musk deer, Himalayan goral, woolly hare, Himalayan tahr, Asian black bear and others. Moving on to the vegetation, they are mostly characterized by rhododendron and Himalayan blue pine. Medicinal herbs and aromatic plants can also be. There are about 1,500-2,000 species of plant which grow here. 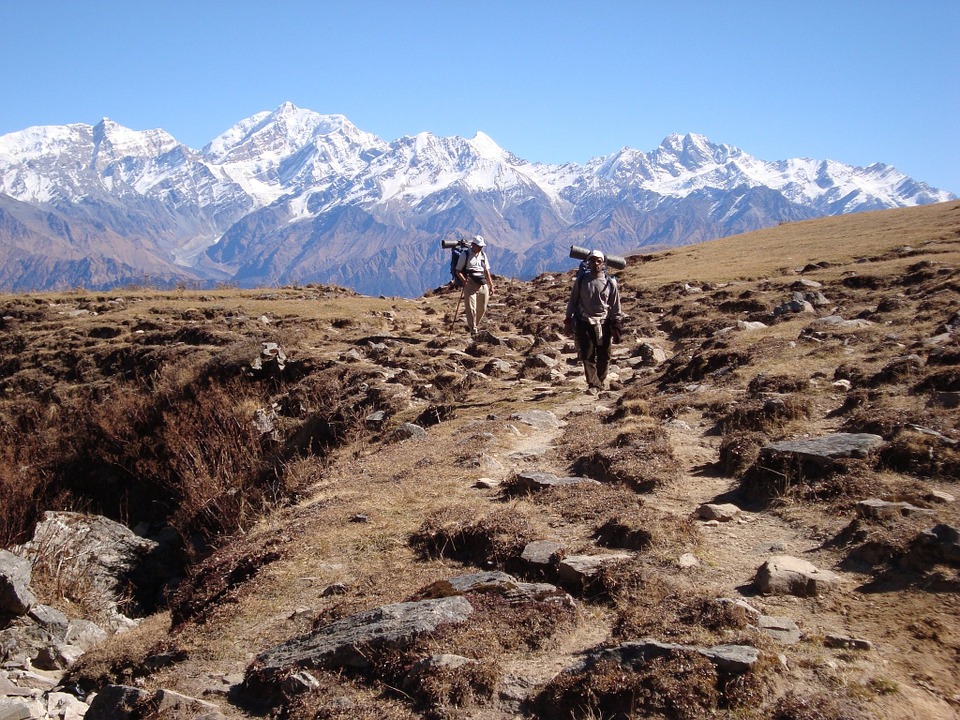 The trekking of Manaslu Circuit takes place through various trails and route. What I am presenting is the general outline of the route of what most of the trekkers choose to do. Manaslu Circuit Trek usually gets started in ArughatBazaar (940 meters). You can arrive at Arughat from Kathmandu by public vehicle or personal transportation or from Kathmandu you can go to Gorkha and Arughat. Then from Arughat, you will move to SotiKhola and then to MachhaKhola, which is at an elevation of 930 meters. Moving further you will arrive at Jagat (1,340 meters). While arriving at the short destination, there are several places where you can camp and spend a night there. There are also several tea-houses, where you can rest and have some breath.

After Jagat comes Philim (1,590 meters) and Dang (1,860 meters). The trail to Dang follows an ancient salt-trading route along the steep-sided river of Budhi Gandaki. Further from Dang comes Namru (2,660 meters) and comes Lhogoan (2,990 meters). While trekking in this route, you will pass slopes, and the beautiful view of mountains starts to appear in your site from a village called Lhogaon (Lhi). From Lhogoan, you will keep on witnessing the beautiful view Mount Manaslu, with its double peak, which is described as “a soaring monarch with a double-edged summit towering above fields of barley.”

From Lhogoan, you will move towards, Samagoan (3,530 meters). The route to Samagoan follows the delightful pine-forested Syala village, which has the backdrop of many horseshoe-shaped peaks and reaches the village of Samagaon, which is at the foot of Mount Manaslu. In Samagaon, you will also encounter a Buddhist monastery where many monks and nuns reside. Then after Samagoan, you will move to Samdo (3,800 meters), which will take about half a day of trekking. Samdo is the highest village in the Budhi Gandaki valley,and Bhotias inhabit it. After Samdocomes Larke Phedi (4,460 meters). Then finally comes the highest point of Larke Pass (5,106 meters). Along with the route, you will see the beautiful view of mountains which includes Cheo Himal, Himlung Himal, Kangguru. Also, you will get to see the view of Annapurna Massif occasionally. Now, you will be descending to the village of Bhimtang/Bimdakhoti (3,590 meters). After Bhimtang comes to Dharapani (1,860 meters) and then, Chamje. From Chamje you can take a bus and go back to Kathmandu. 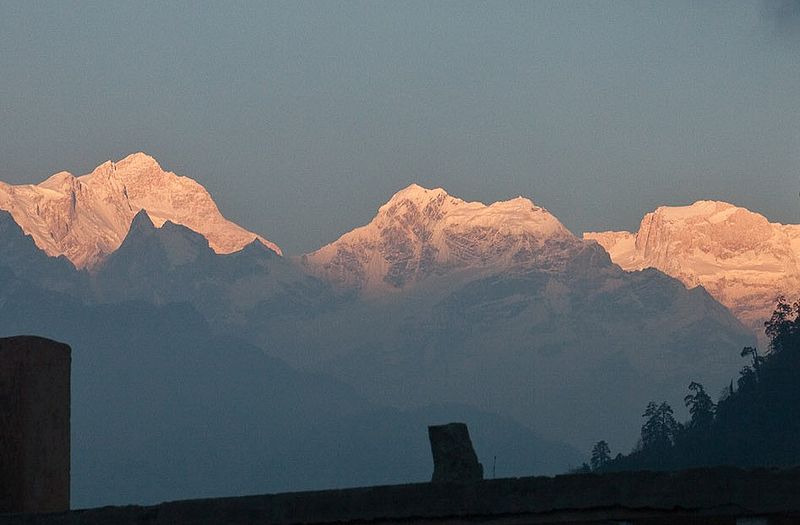 What is the best season for Manaslu Circuit trek?

Trekking is fun and full of adventure. You travel a long way and expect to see beyond what you have heard. So, to make sure you get that, you need the perfect. And, the perfect time for going to the trek in Manaslu circuit is spring and autumn.  Spring season comprises March, April, and May, and autumn comprises September, October, and November. During these months the weather is perfect and days are crystal clear giving you the chance to view the mountain without any disruption.

However, the season of summer and winter might not be the best choice. The summer starts with scorching sun, and the heat burns you when you are walking. Then comes monsoon with all the heavy rainfall and storms and thunder. The trails will be slippery and muddy. You will also find leeches while walking. So, all these make your trekking very unpleasant. Also, winter is upper altitude region is really bitter and very cold. There might be heavy snowfall or snowstorm, adding up the risk of avalanches. So, winter is also not an ideal choice.

Altitude sickness usually occurs over the elevation of 3,000 meters. Once you have reached 3,000 meters, it will be wise to trek to 300-400 meters a day. Trekking to more distance might cause uneasiness and result in altitude sickness. Make sure you rest for at least two days before moving to a higher elevation. You can easily find the camping site and set your camp with your group. Camping is much fun and adventurous and it also aids on ecotoursim and lets you experience many things. so You can stay overnight in camp and next day explore the nearby villages getting to know the culture, tradition, and lifestyle of people in the more close way. And in the night you can set camp in another nearby village letting you explore more than yesterday. Sitting nearby the firewood while camping will aid you to warm up and help in acclimatization. Just make sure, your body has adjusted enough to move to high altitude, and you are comfortable with it.