As Nepal is the home of Himalayas, there are many glacial fed lakes which are located in the high altitude region. Located in the lap of mountains and surrounded by the beautiful Himalayas, these lakes are worth conquering. Several Himalayan lakes lie within the protected area of National Parks of Nepal,and you can witness the many rare wildlife and vegetation as well, so it will be your adventure and promotion of ecotourism too.Let us look at the list of those beautiful Himalayan lakes.

Tilicho Lake is located in the Manang district at an altitude of 4,919 meters/16,138 feet in the Annapurna range of the Himalayas. The lake is at the distance if 55 kilometres from the city of Pokhara. Tilicho Lake is also claimed to be the highest lake for its size in the world, even though there are lakes at higher altitude in Nepal itself. There is no aquatic organism in the lake as per the Nepali Department of Hydrology & Meteorology.

Tilicho Lakes is a very popular destination as the side hikes of the Annapurna Circuit Trek. It takes about additional days of 2-3,and most of the trekkers make their way to the lake as they do not want to miss the opportunity of witnessing the beautiful lake. This beautiful lake is surrounded by the mountains like Tilicho, Nilgiri, Muktinath peak and Khangsar.

The lake also has religious importance as Hindu believe that the lake is the ancient Kak Bhusundi lake mention the Ramayan. There is believe that sage Kak Bhusundi first told the happenings of Ramayan to Garud (king of birds) near the lake. As sage was in the form of a crow, he was named Kak Bhusundi because Kak means crow in Sanskrit. 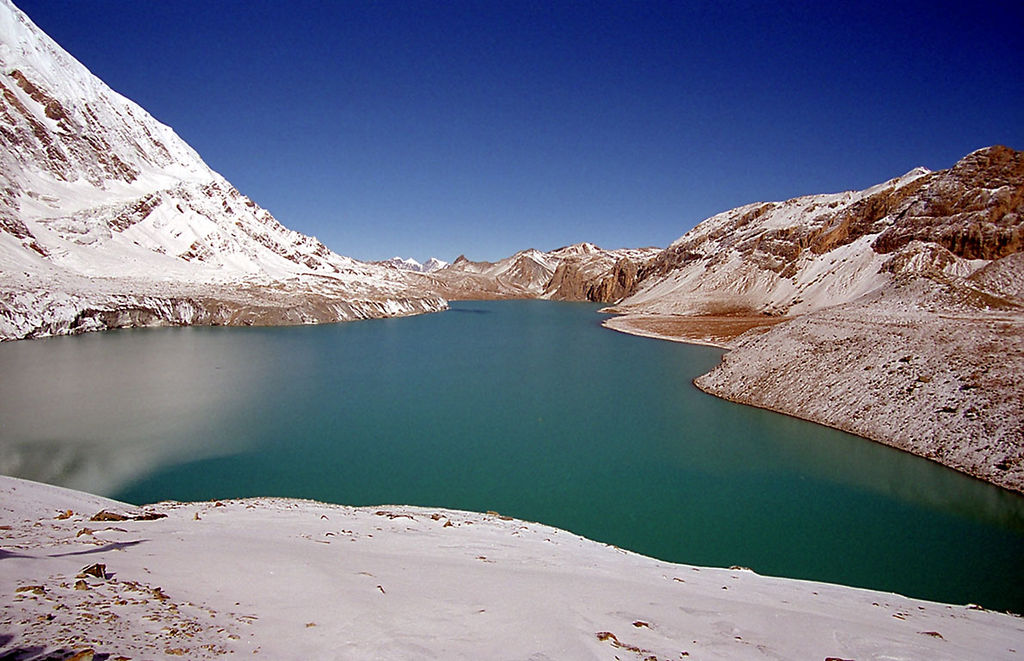 Shey Phuksundo Lake is located in the Dolpa district within the Shey Phuksundo National Park at an elevation of 3,611.5 meters/11,849 feet above the sea level. It is an alpine fresh oligotrophic alpine fresh water. The depth of the lake is 145 meters/476 feet as per the survey of Department of Hydrology and Meteorology in 2004. There is also a waterfall of over 167 meters/548 feet.

You will also see more than 20 stupas in the southern belt,andon the eastern side, there is one gompa, where annual prayers and worship are carried out. 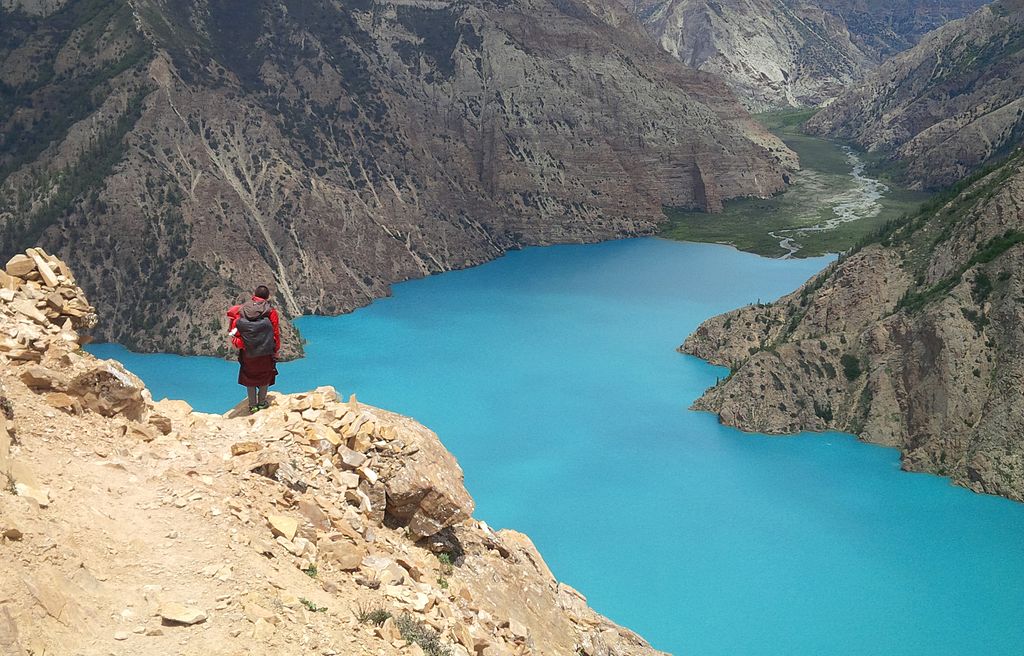 Gosaikunda Lake is located at an altitude of 4,380 meters in the Rasuwa district within the Langtang National Park. Gosaikunda Lake melts and sips down to form the Trishuli River and remains frozen in the winter season. There are several other lakes near the area.

Gosaikunda Lake is also taken as the religious site. There is a belief that the lake was created by Lord Shiva when he thrust his holy trident to extract water to drink water and cool his burning throat after he had swallowed poison. 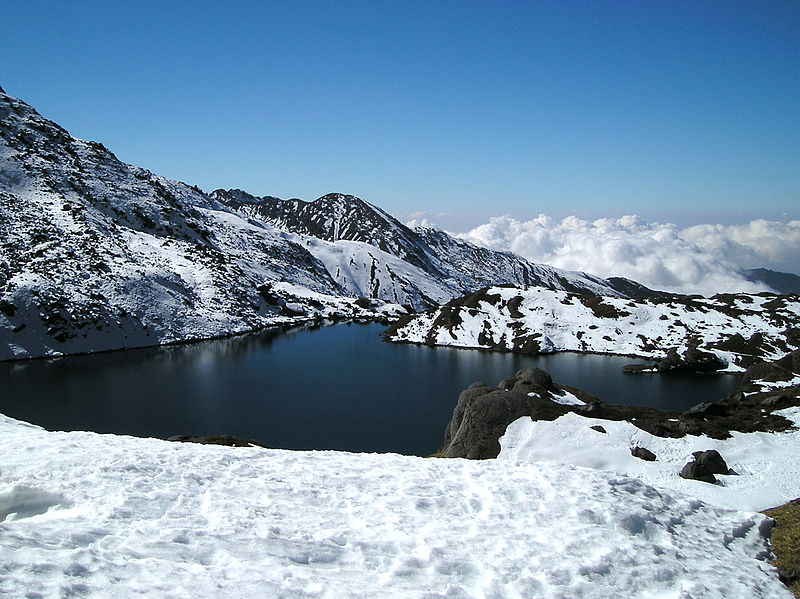 Rara Lake is located in the districts of Jumla and Mugu at an altitude of 2,990 meters/9,810 feet above sea level. The lake lies within the Rara National Park, and it is the biggest and deepest freshwater lake of Nepal. It is 5.1 kilometres long and 2.7 kilometres wide with the depth of 167 meters. The water drains into the Mugu Karnali River through the Nijar River.

As the Rara National Park surrounds the Rara Lake, it is very rich in flora and fauna with very rare and vulnerable species. In the park, there are 1074 species of flora out of which 16 are endemic to Nepal, 51 species of mammals and 214 species of birds. So, your visit to Rara Lake will also promote in ecotourism. 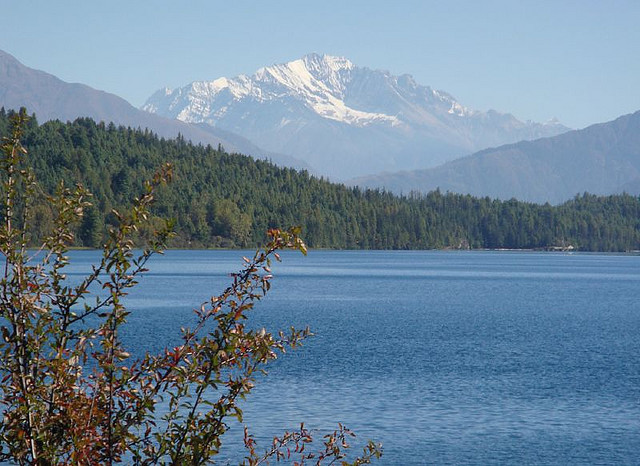 Panch Pokhari is located in the districts of Sindhupalchok at an elevation of about 4,100 meters above sea level. It is within the area of Langtang National Park. It lies in the north of the Kathmandu valley. Trekking to the Panch Pokhari you will see the beautiful chain of peaks called Jugal Himal that includes Dorje Lakpa (6,966 meters), Phurbi Chhyachu (6,637 meters) and Madiya (6,257 meters). Panch Pokhari is the ninth highest altitude wetland in the world. The lake is also a very popular destination during the festival of Janai Purnima for Buddhist as well Buddhist pilgrims. 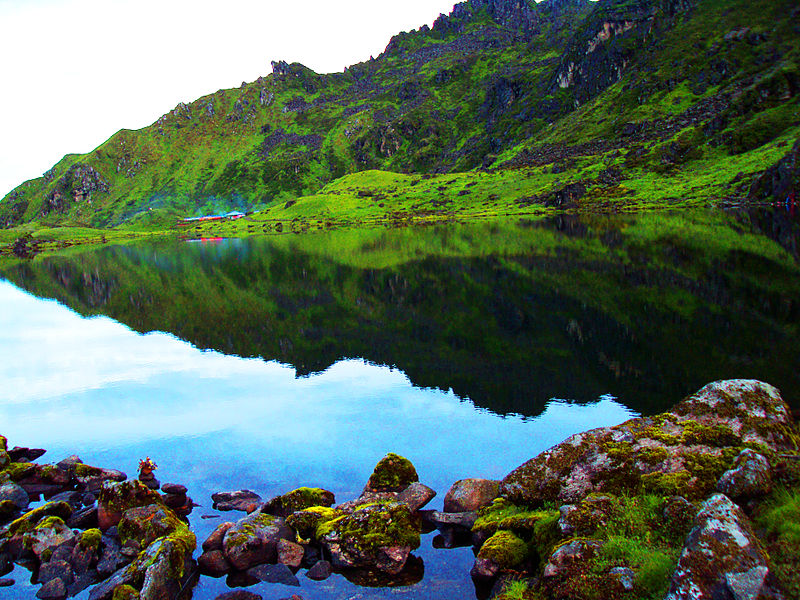 Gokyo Lakes is located in north-eastern Nepal in the Solukhumbu district at an altitude of 4,700-5,000 meters above sea level. The Gokyo Lakes are the world’s highest freshwater lake system which comprises six main lakes. Gokyo Cho, Thonak Cho, Gyazumpa Cho, Tanjung Cho, Ngojumba Cho and Longpanga Cho are the six main lakes. The Gokyo lake system has 19 lakes spread in the area of 485 acres lying between 4,600 meters and 4,100 meters.

The Gokyo Lakes are also considered to be sacred by both Hindu and Buddhists. During the festival of JanaiPurnima, the lake witness the hundreds of devotees who come to take a holy bath in the lakes. The site of Gokyo Lakes is worshipped as the residing place of Nag Devata. There is a temple dedicated to the Hindu deities Lord Shiva and Vishu as well. There is a traditional belief that the birds and wildlife should be harmed. 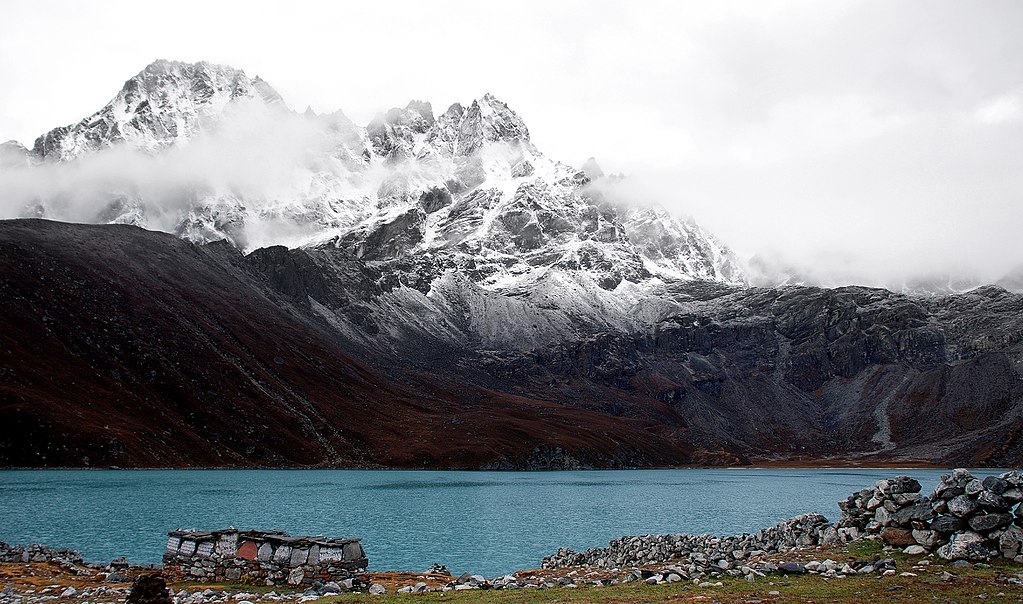 Phewa Lake is located in the Pokhara at an elevation of 742 meters/2,434 feet with the total coverage area of about 4.43 km2. Phewa Lake is the second largest shaft in Nepal and probably the most popular and most visited lake in Nepal. It is a stream fed lake,but a dam regulates the water reserves. Therefore, the lake is classified as a semi-natural freshwater lake. Phewa lake also reflects mount Machhapuchhre (6,993 meters) and other mountain peaks of Annapurna and Dhaulagiri.

Phewa Lake is also very popular for the location of Tal Barahi temple, which is in the centre of the lake. The lake is visited by national as well international for such a unique feature and its beauty. Tal Barahi temple is also the most important religious monument of Pokhara. Designed as the two-storied pagoda, the temple is dedicatedto the Hindu deity Lord Vishnu. 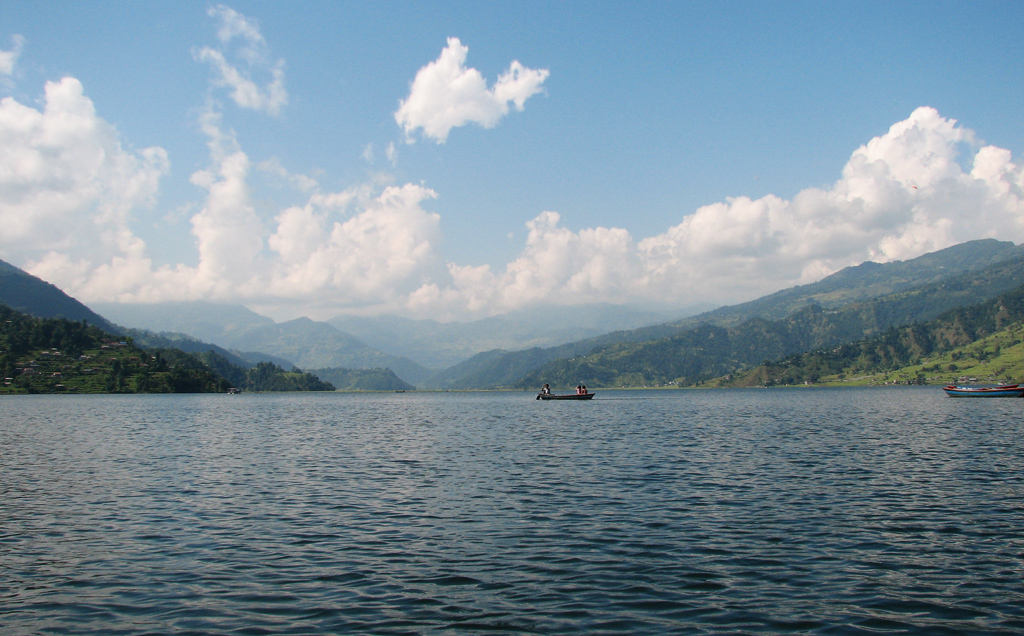 Imja Tsho is located at an elevation of 5,010 meters in the Everest region. It is a glacial lake formed after meltwater began collecting at the food of the Imja Glacier on the lower part of the glacier. As per the study in 2009, this melt-water lake is one of the fastest-growing in the Himalaya. 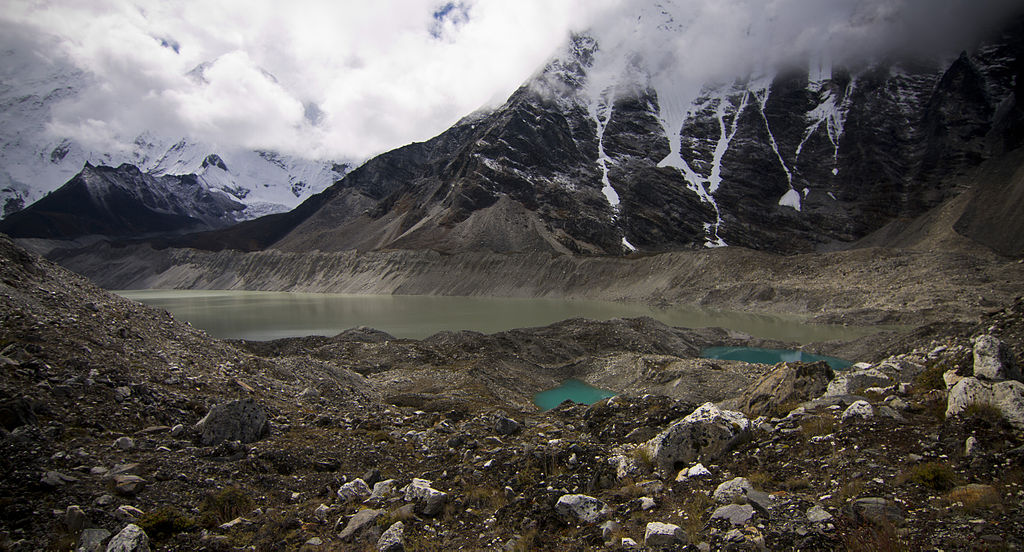